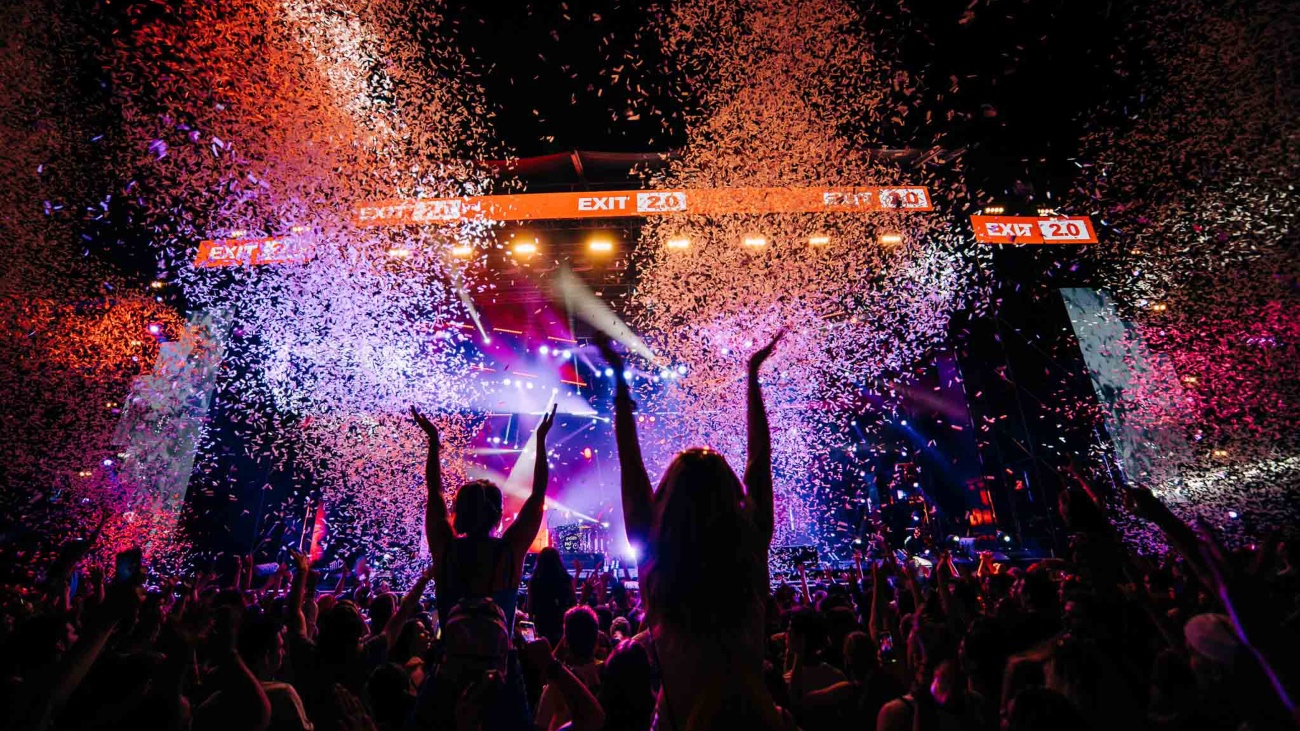 This year, the multiple winner of the Best European Major Festival award will also celebrate its 20th anniversary. But besides looking back, the organisers are also looking forward to a bright future. A total of 42,000 fans from over 70 countries enjoyed the first night, proving a strong point for the festival industry that they can take place safely and be part of our lives once again in the same way as large sporting events.

The Serbian event is no stranger to leading the way, being in the frontline of bringing peace and freedom in Serbia and the Balkans two decades ago and is accustomed to organizing a festival in difficult circumstances. Thanks to the country’s mass vaccination campaign EXIT (and with it the concept of safe major festivals) once again became a reality last night.

Dusan Kovacevic, EXIT Founder & CEO said:
“I believe this is our destiny. 20 years ago, after all the misery that happened in the Balkans during the 90’s, EXIT was a symbol of returning to normal life for the region. And in 2021 EXIT festival is again a sign of normal life after the pandemic, but this time on a global level.”

“The energy created in the fortress when thousands of us were united again, elevated us to the highest possible level and opened a new dimension of the festival experience. I believe that each of us had to rub our eyes to make sure we’re not dreaming.”

It was a day of great emotions at the famous Petrovaradin Fortress, as music fans reunited and danced together once again to celebrate life and the return to normality. EXIT’s crowd is as colorful as it gets with over 50% of the 4-day ticket holders coming from abroad, representing more than 70 countries.

One of the headliners of the first day, Belgian star DJ Charlotte de Witte said:
“Reuniting with tens of thousands of fans from all over the world is an emotional occasion. EXIT’s mts Dance Arena is one of the most incredible open-air stages in the world and has such an atmosphere, especially in the early hours of the morning, when the sun is rising over the fortress walls. It is truly magical!”

It was her first show in front of a large audience since the pandemic began, as she returned to the fortress after her performance in last year’s EXIT Life Stream. Back then with a restricted capacity of 500 people, now in a full capacity mts Dance Arena.

In a symbolic moment DJ Snake exclaimed during his headline set on the Main Stage:
“We are back!”

Proving the huge need for events like this one, EXIT 4-day tickets were sold out almost 1 week before the event started. The event will have 3 more days to go, finishing on Sunday, 11 July.

This year’s EXIT program kicked off with performances from international and regional stars, including DJ Snake (FR) who headlined the Main Stage alongside legendary drum and bass artist Roni Size (GB), the first international headliner of EXIT from 2001, performing with MC Dynamite (GB). Regional artists warmed up the crowd, including Hladno Pivo (HR) and Senidah (SL).

The mighty mts Dance Arena is considered by many in the e-music world as the best dancefloor on the globe, so once again it was filled with tens of thousands of electronic music worshipers, waiting for the legendary sunrise over the fortress walls which is truly breathtaking. This year did not disappoint with headline sets from Charlotte de Witte (BE) and Amelie Lens (BE) and local stars Tijana T (RS) and Ilija Djokovic (RS).

The underground sounds of electronic music were showcased on the No Sleep Stage with the likes of Eelke Kleijn (NL), Agents of Time (IT) and Patrice Baumel (DE) with the Fusion stage hosting the best local and regional bands including Fran Palermo (HU), Marko Louis (RS), HEMI award nominees Sajzerbiterlemon (RS) and Helem Nejse (BA).