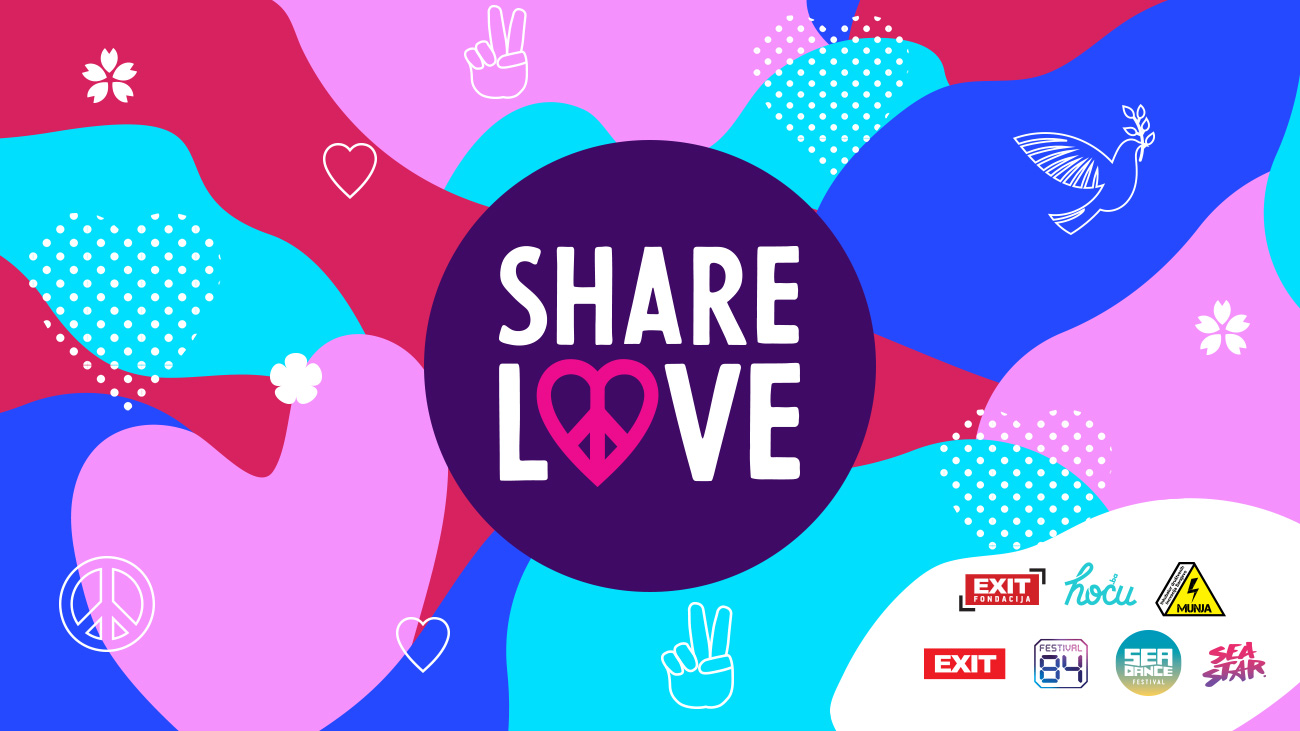 #ShareLove, a large social responsibility campaign in the Balkans, has been initiated from the regional towns of Zadar, Novi Sad and Sarajevo, with other organizations and individuals from all parts of the Balkans expected to join soon. The news of Jure Zubčić from Zadar demonstrating a brave act of courage by correcting a hate speech graffiti into a message of love struck a chord in the entire region. Many publicly praised the move both in media and on social networks. EXIT Festival, as a large international festival which arose from social activism, strives to point out the importance of togetherness, unity and the creation of a better society, one which confronts hate speech and the fabrication of conflicts between nations. Thus, motivated by Jure’s move and similar endeavors of distinguished people, with a wish for undertaking similar noble actions and helping them gain visibility throughout the region, EXIT Festival’s foundation from Novi Sad, in association with Munja Incubator of Social Innovation from Sarajevo, the most popular youth empowering info platform, hocu.ba, and Festival 84, has initiated the #ShareLove regional campaign.

The campaign has been launched on social media profiles of all events of the EXIT Festival family in Bosnia and Herzegovina, Montenegro, Croatia and Serbia, inviting people to share on social media positive messages and examples like the recent one from Zadar. The best and most sincere posts on Instagram and Facebook, calling for tolerance, love and respect among the Balkan people, and containing the mandatory hashtags #sharelove and #tihabalkanskavecina, will be rewarded with EXIT, Sea Dance and Sea Star festival tickets. The campaign will last until June 1, and the collected messages will be displayed on numerous stages on EXIT and its other festivals region wide. 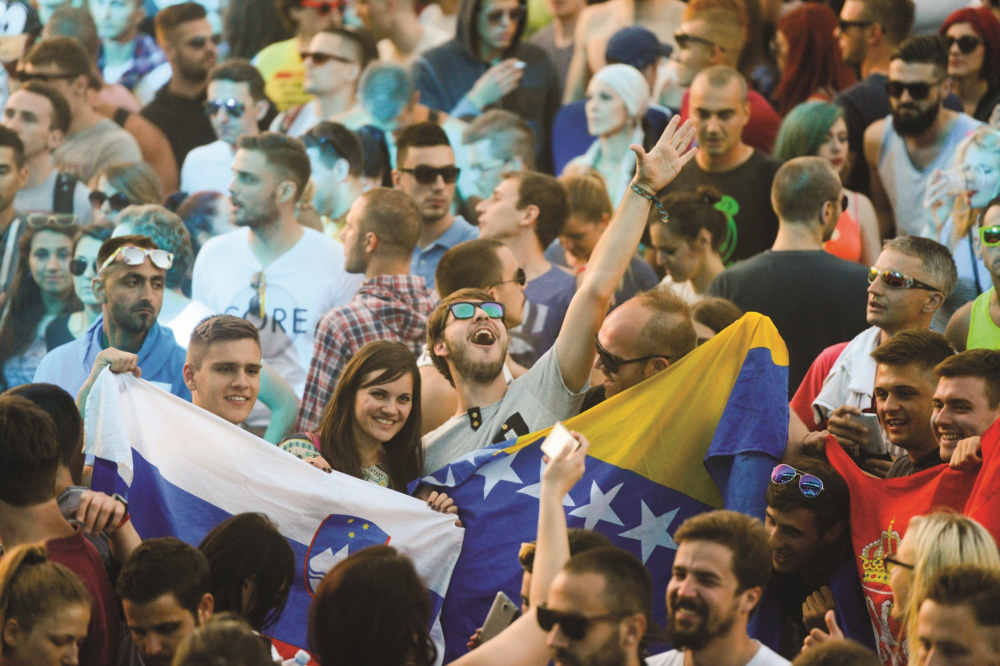 Jure Zubčić from Zadar, whose creative move is a prime example of spreading love, thinks we shouldn’t dwell on the past, but learn lessons from it and face the future.

“Nationalists are not defined by belonging to an ethnicity, as they like to emphasize. They are defined only by being incapable of creating a better society. A society – which doesn’t accept diversity and is powered by egotism – is bound to fail. You can achieve a lot by having a firm attitude, but also by acting on every instance of hate speech people produce. Let’s start with that, because it’ll make each subsequent move all the easier”, said Zubčić.

This initiative is part of “The Silent Balkan Majority” (“Tiha balkanska većina”) project formed by EXIT in April 2016 as a response to growing tensions between the countries in the region of Balkans. First conceived as an informal group of artists and distinguished public personalities, openly inviting the public to confront extreme nationalistic rhetoric, it is now a wider front and a regional movement for cooperation between people who represent a majority despite fabricated conflicts created by some nationalistic currents. Numerous lectures and campaigns have been organized by “The Silent Balkan Majority”, aiming to send a loud message that there are many who understand the importance of strengthening neighborly relations and mutual respect among people and individuals of the Balkans and they refuse to stay silent!

#ShareLove campaign is supported by the U.S. Embassy in Bosnia and Herzegovina.