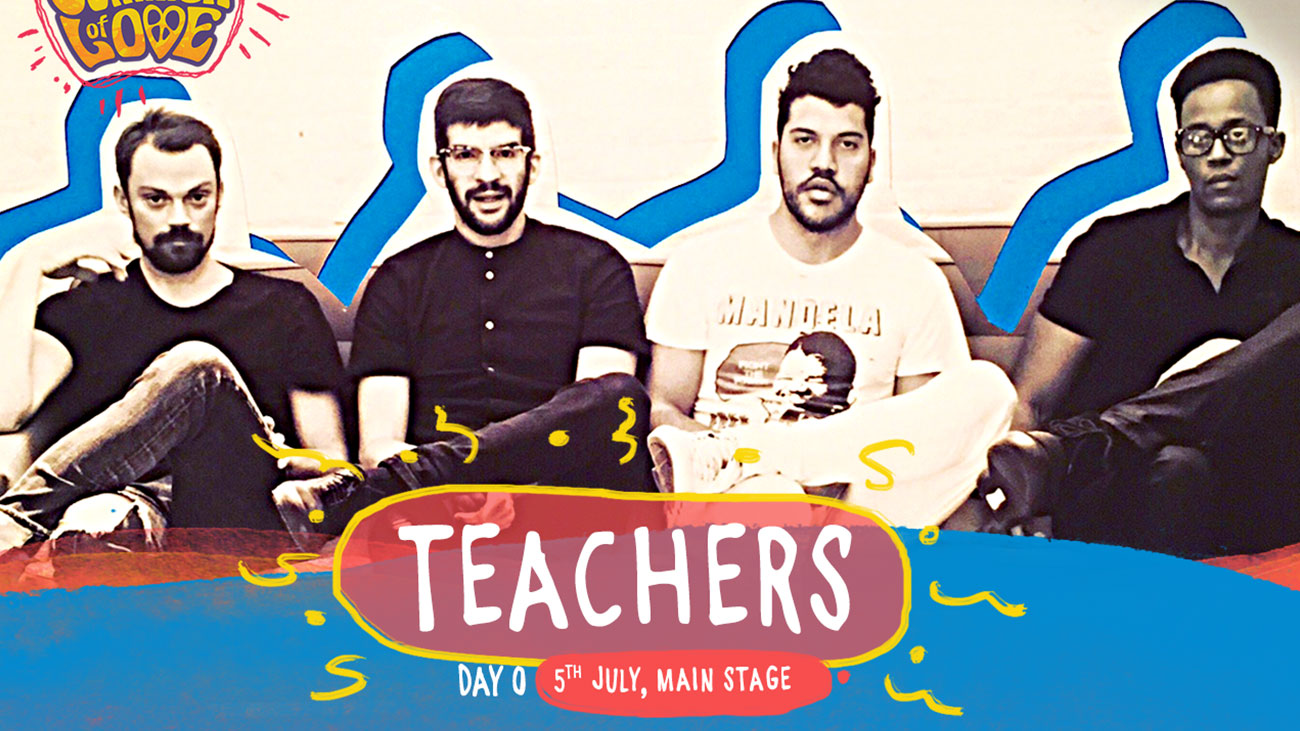 There is only a month and a half left until the spectacle of the year with The Killers, who will perform on July 5 at the Petrovaradin Fortress! One of the greatest bands of our time is coming to Serbia as a part of their exclusive tour, during which they will visit only about ten countries. How seriously they approach each performance is best seen in the fact that they personally chose as many as three opening acts for the spectacle at the fortress! Before The Killers, the main stage of Exit will be taken by the fantastic New York-based quartet Teachers, regional rock spectacle masters Van Gogh, and an indie rock band from Rijeka, Johnatan!

Creative multi-instrumentalists Teachers are coming to the Fortress to shake the audience with their mix of funk and indie sounds, afro-disco influences and electronic music, and the result is the most obvious on their recently published catchy singles “Ocean” and “Mannequin In Heat” which will definitely conquer the audience at the Petrovaradin fortress! Their music irresistibly reminds of summer, as well as of the funky spirit of the seventies and the vivid colors of the eighties. Their fans include Kanye West, whose hit single “Monster” was produced by the band’s frontman, Ben Bronfman, a Grammy nominated producer for another cooperation with Kanye West, on the song called “New Slaves”. Teachers are, by their own admission, in love with Serbia, where they came recently to shoot their new video. They visited numerous monuments and “brutalist” architecture which reminds them of Star Wars movies!

On that day, the stage will also be taken by one of the most famous rock bands in this region – Van Gogh! This title was confirmed, not once, but twice, by the prestigious MTV Award, in 2007 in Munich and in 2014 in Glasgow! Ever since they published their first album in 1991, Van Gogh have retained their energy and recognizable sound which can simply be described as pure rock! With each new album, they added another layer to their music, so the band now offers mature and clean sound, prepared with care and striving for perfection which never dulled their directness. This is obvious on their newest album “Neumeren u svemu” (“Excessive in everything”), where the title song has a “live” video recorded on Van Gogh’s birthday concert performed late last year. This is at the same time the premiere of the new video which shows best why The Killers recognized Van Gogh’s stage energy and why Djule, Srba and the crew are known as the masters of big rock concerts!

Indie rock quintet Jonathan from Croatia will complete the great lineup for the day zero of EXIT Festival! Their fans are waiting impatiently, because they conquered the entire region with hits such as “Maggie”, “Communicate!” and “Try To Get Even”, and cemented their status on the domestic rock scene with the mini-album titled “To Love…”, published early this year, which is still the most likely candidate for Croatian album of the year, with stand out tracks such as “Heaven” and “Allison”. The performance with rock superstars, The Killers, is just another confirmation of this band’s amazing quality, which is talked about more and more, even outside the region!

This year, EXIT team will pack as many as four festivals in Croatia, Romania, Serbia and Montenegro into the unique EXIT Summer of Love 2017. Get EXITed spectacle, a Day 0 of a kind at the fortress, will this year feature The Killers on July 5, and it will be followed by EXIT Festival from July 6 to 9, featuring performances of Liam Gallagher, Years & Years, Roisin Murphy, Rag’n’Bone Man, Jake Bugg, Paul Kalkbrenner, Hardwell, Solomun b2b Dixon, Jamie Jones, Black Coffee, Hot Since 82, Duke Dumont, Robin Schulz, Alan Walker, Lost Frequencies, Noisia, Foreign Beggars, Princess Nokia, Discharge, The Damned, Black Dahlia Murder, Recondite, Dax J, Function, Antigone b2b Francois X and many others.

Five day tickets for Exit Festival, which include Day 0 with the performance of The Killers (July 5-9) are already being sold for 8,490 dinars, while four-day tickets are on sale for the promotional price, including a 50% discount, of 6,990 dinars. All those who already have a four-day ticket, and wish to upgrade it to a five-day one in order to watch The Killers live, can buy the Day 0 upgrade for only 1,490 dinars (floor). Those who are only interested in The Killers concert and Day 0, can buy separate tickets for that day for  2,990 (floor), 4,990 (Fan Pit) and 12,000 dinars (Gold VIP).

Most Important Info in One Place: All Set for EXIT!

EXIT opposes all acts that incite hatred and aggression

Questions and answers: All about EXIT Festival 2022 payment card