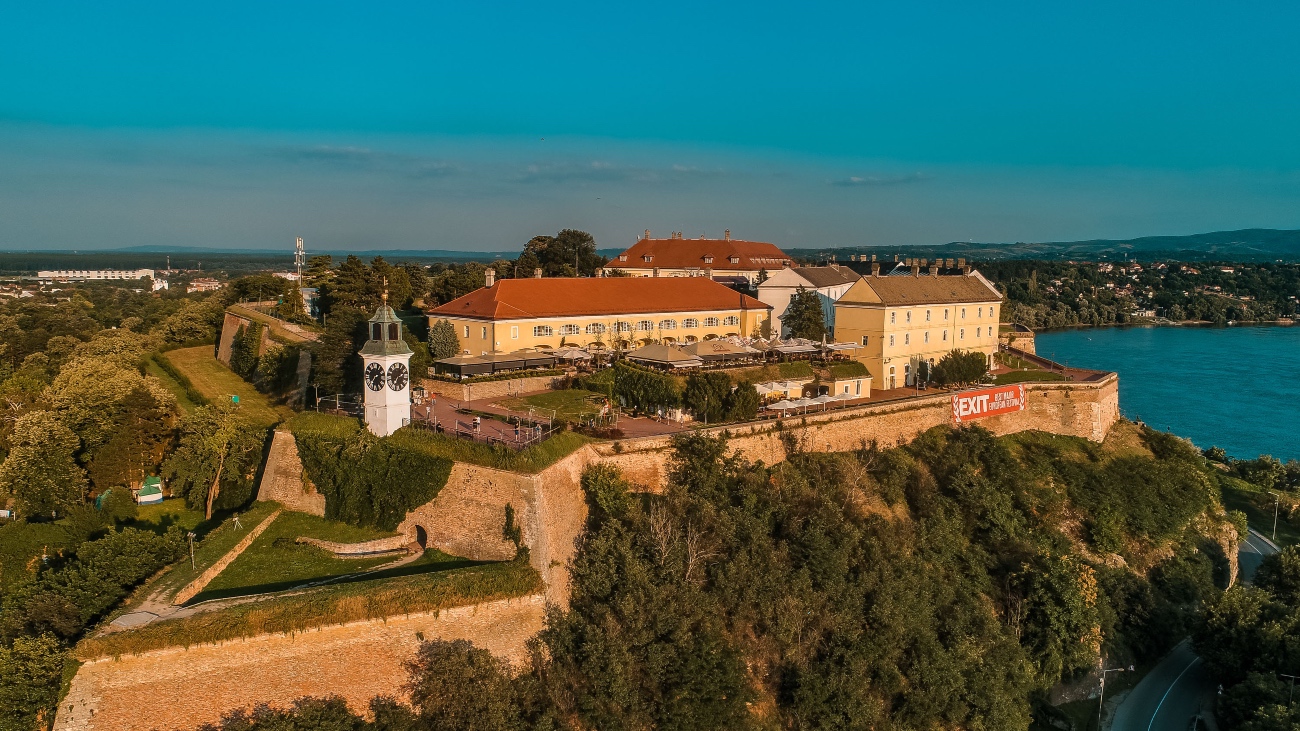 Petrovaradin Fortress, as we know it today and to which we gladly go back, carries the energy of the development of our civilisation, war conquests, faith, myths, legends, and the lost lives of the people who built it.

Spreading on 112 hectares, the Petrovaradin Fortress is the second largest fortress in Europe, as well as one of the best preserved. It consists of the Upper and Lower towns, and its best-known feature is the clock tower, which is also a symbol of Novi Sad. What makes the clock special is that its big hand shows the hours, and the small one the minutes, because it was important for the boatmen on the Danube, the guards and the military to see the hours from afar. The clock tower mechanism is still wound by hand every day and sounds at full hours. 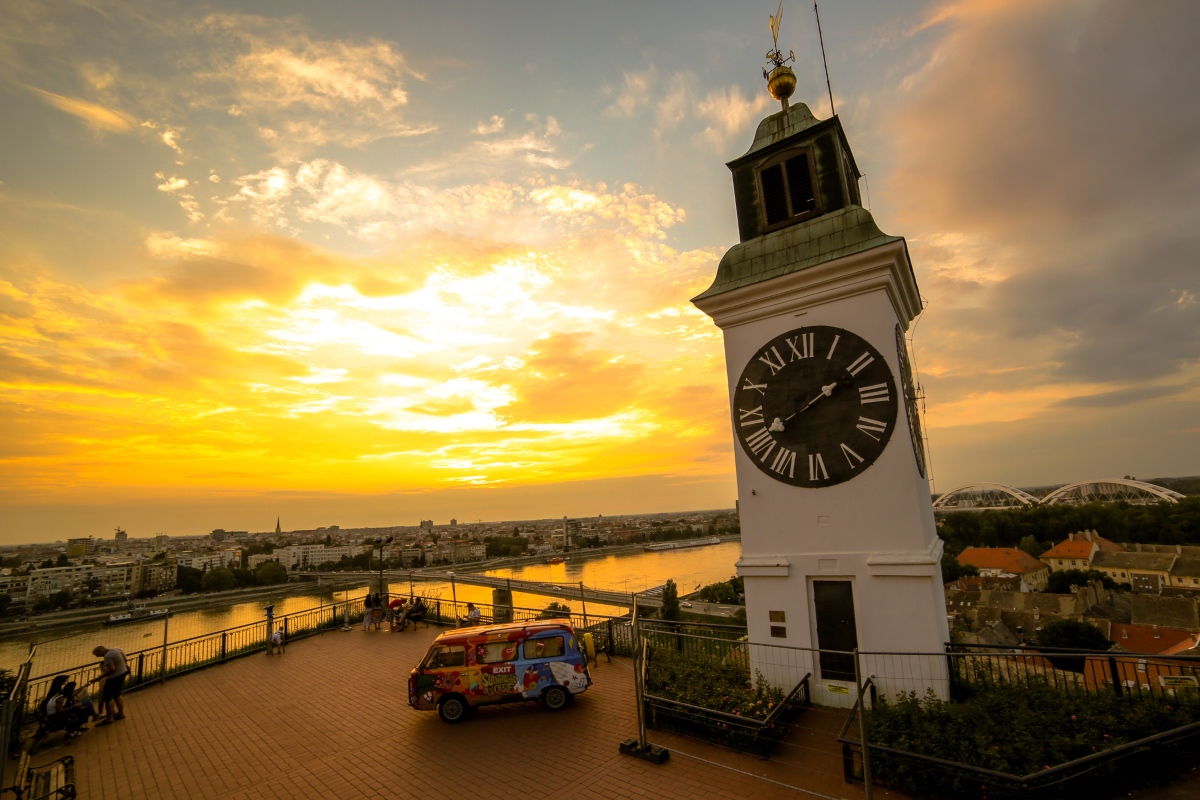 The rock on which the Fortress was built has always had an exceptional geographical position, so it was determined that the first inhabitants of the Petrovaradin Rock were the Neanderthals. As the historical circumstances changed, so did those who were building on it – from the Romans and Hungarians, through the Turks, to the Austrians. It is believed that the first larger fortification on the Petrovaradin rock was built during the reign of the Hungarian king Bela IV (Bela 4th), in the 13th century, and later, in the 15th, investments were made in the renovation of the church, strengthening the ramparts and the main tower.

Petrovaradin then fell under Ottoman rule, but the greatest changes came with Austrian rule, in the mid-18th century. Austrian military engineers decided to demolish the existing medieval fortress and start building a modern fortification.

A city on a rock, firm as faith

The fortress as we know today was being built for almost 88 years, with longer or shorter interruptions. When the construction was completed, this fortification was practically unconquerable and was considered the strongest in the Habsburg Empire, so it was called The Gibraltar on the Danube. Its strength is also indicated by the translation of the coined phrase Petrovaradin – “a city on a rock, firm as faith”. The construction of such a fortification did not pass without great sacrifices. It is estimated that in the periods of the most intensive construction, 40 to 70 workers died daily. 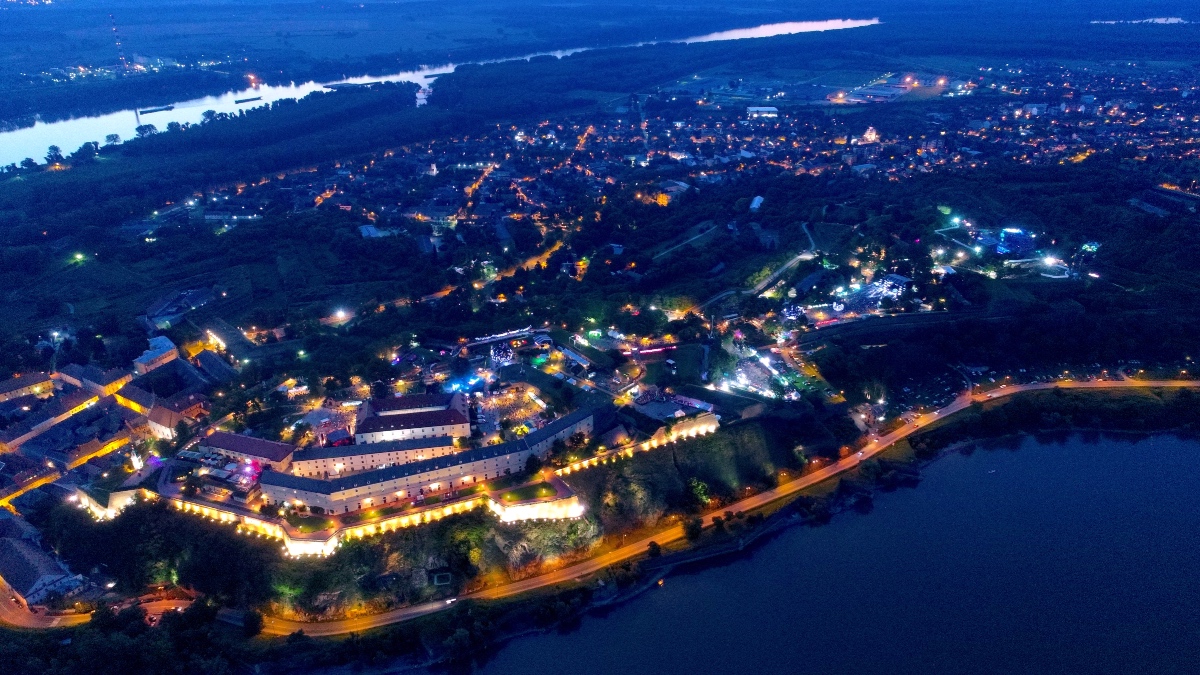 The mystery of the Fortress is reflected in its four-storey underground structures that were built in the 70’s of the 18th century, comprising the length of as many as 16 kilometres. It was built for accommodating soldiers and weapons storage facility. Today, numerous researchers study this labyrinth, with the aim of shedding some light on the legends and secrets of the Petrovaradin underground. Some of them are the stories about the hidden treasure of the Habsburgs, the monster, that is, the great snake that lives in the underground of the fortress, as well as about the alleged secret tunnel that connects the fortress with the left bank of the Danube.

Today, numerous researchers study this labyrinth, with the aim of shedding some light on the legends and secrets of the Petrovaradin underground.

The fortress was completely demilitarised in the middle of the 20th century, in 1951 declared as a historical monument, placed under the state protection and ceded for civilian use. From then until today, it is one of the main features of the entire Serbia, and especially of the City of Novi Sad. It currently houses the Museum and Archives of Novi Sad, the astronomical observatory, the planetarium, as well as the Art Circle – the largest informal colony of artists in the world. Visitors are also welcomed by the hotels, cafes and restaurants opened on this location.

For decades, Petrovaradin Fortress has been one of the traditional and favourite places for socializing, falling in love, arts and culture. For 20 years, during EXIT Festival, the Fortress has been a symbol of the period when Novi Sad and the whole of Serbia are becoming a real time part of the entire world, when people from all over the planet meet to celebrate diversity, spread positive energy and love, enjoy great music and create memories for their entire lives.

Here, via a virtual 3D tour, you can get to know our exceptional Petrovaradin Fortress before coming to EXIT.