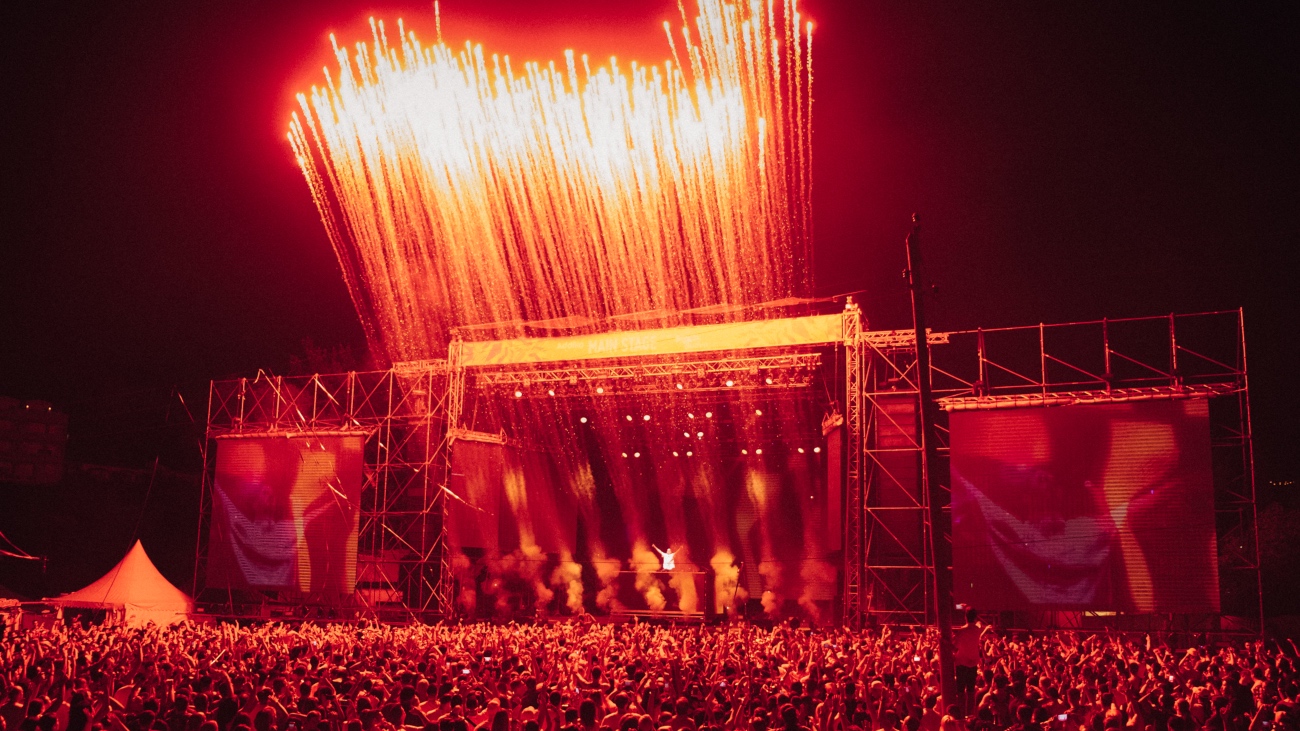 Leading global and regional electronic, trap/hip-hop and rock stars such as Boris Brejcha, Maceo Plex, Tale Of Us, Meduza, Satori and Topic, will perform on Budva’s Buljarica beach from 26th to 29th August. These artists are coming to Montenegro for the first time. Still, they’ll be joined by regional stars such as Senidah, Bajaga i Instruktori, Vojko V, Who See, Sajsi MC, Tijana T and many others from the very top of the local music scene.

The festival will be organised in accordance with a security protocol, based on which entry will be limited to visitors who can present proof that they received at least one dose of a vaccine against COVID-19 or that they’ve already had the virus. Those who can show a negative PCR or rapid antigen test will also be allowed to attend. For those who do not have any of the documentation listed above, rapid antigen testing will be conducted in front of the festival gates at a discounted price of five euros. Sea Dance Festival has also launched a campaign promoting vaccination among young people in Montenegro, as part of which all those who are vaccinated at one of the 23 locations throughout Montenegro by 25th August will receive a ticket to the festival’s opening night, Thursday, 26th August.

Great Headliners at the Buljarica beach!

Buljarica beach, a beautiful sandy and pebble coast more than 2 km long, represents all the beauty of the Adriatic coast’s untouched nature. Just a half-hour drive from Budva’s Old Town, it is the perfect location for summer festival nights.

On the Visa DANCE PARADISE powered by Budva Tourism Organisation of Budva Municipality stage, on the first day of the festival, Thursday, 26th August, visitors will enjoy performances by Meduza, Satori, Bajaga i Instruktori, the band Parampaščad, Rudhaman and Rayo. On the Play Radio Stage powered by Guarana, the decks will be operated by: Stanco b2b CHBX, Baćko, Shar, Mirko & Meex, GileRz and Rudhaman.

On the second day of the festival, Friday 27th August, Maceo Plex, Tijana T, Vojko V, Fox & Surreal, Muha, locals Raven TK in a b2b set with Proximus and Radio Katakomba, will perform on the main stage, while on the other stage music will be played by: Kingja, John-K, Nessuno, Divolly & Markward, Novak, Bodzie and Buba b2b Lerr.

On the third day of the festival, Saturday 28th August, the audience will enjoy performances by Tale Of Us, Sajsi MC, Klinac, Ognjen and hosts Audiostorm, P.S., O.G. feat Distortion and Necke. Local DJs including Lazar, Toxido, Just Ćoske, NIGEL, Millok and Mr Lekka will play on other stages.

At the Tuborg Open Silent Dance Stage, during the festival’s four days, music will be played by DJ Dirty, DJ Milan Kovačević, DJ Babylon Fish, and DJ One for All.

A detailed timetable of performances at this year’s Sea Dance Festival is already available and can be found at this link.

Official Procedure for Entering the Festival

Per the anti-epidemic measures currently in place in Montenegro, entry to the festival will be limited to visitors who can present proof that they have received at least one dose of a vaccine against COVID-19 or have already had the virus, as well as those who can present a negative PCR or rapid antigen test. The security protocol is similar to the Safe Events protocol conducted at the EXIT festival in July, which showed through scientific studies that festivals are safe gathering places, as well as that there is no mass spread of the virus as long as anti-epidemic measures are safely implemented.

Dr Marija Božović, a specialist in epidemiology, on behalf of the Institute of Public Health, said that the organisation of mass events in open areas could be carried out in controlled conditions assuming strict compliance with the current recommendations from the Institute of Public Health, which emphasise that such events require at least one form of anti-COVID protection listed in the National Digital COVID certificate, which must be possessed by both the hosts and the attendees and added “assuming the prescribed measures are in place, with adequate control, there is no reason for a festival like Sea Dance not to take place in safe conditions with minimal risk for the health of visitors.”

Sea Dance has provided rapid antigen tests at a discounted price of five euros for all who do not meet any of the conditions listed above. Testing will be carried out on Buljarica beach, in front of the festival gates, from Thursday, 26th August, to Sunday, 29th August. The working hours of the checkpoints are 6 pm – 2 am, and the testing is paid for on the spot. All visitors who bought tickets, have invitations (free tickets), and those who have VIP tickets or VIP invitations must pay for the testing, which is to be conducted by medical workers employed at the Podgorica Health Centre.

Sea Dance Stage at Less Than Half a Meter From the Sea!

At this year’s edition of the Sea Dance festival, less than half a meter from the sea, the largest festival construction on this part of the Adriatic coast has been built. The beats at Buljarica will be accompanied by the visual design of a giant equaliser, and a creative team led by the famous lighting designer, Professor Vitor Trifu, will cover the beach in the colours of summer. Although this construction is specific due to its proximity to the sea, which practically touches it, the production and infrastructure team of the festival have overcome all challenges. The DJs will have the opportunity to play their music on the latest and highest-quality DJ decks, and the concept of the programme and the genre needs of each performer is responded to by the use of the EAW system with d&b subs, and of course, there is the inevitable Kara monitoring with SB28.

As in the previous years, the organisers have taken care to organise shuttle buses from Budva and Bar to Buljarice, as well as special rates for taxi transport. For those who decide to come to the festival by car, several parking zones have been prepared. All information can be found on the official festival website.