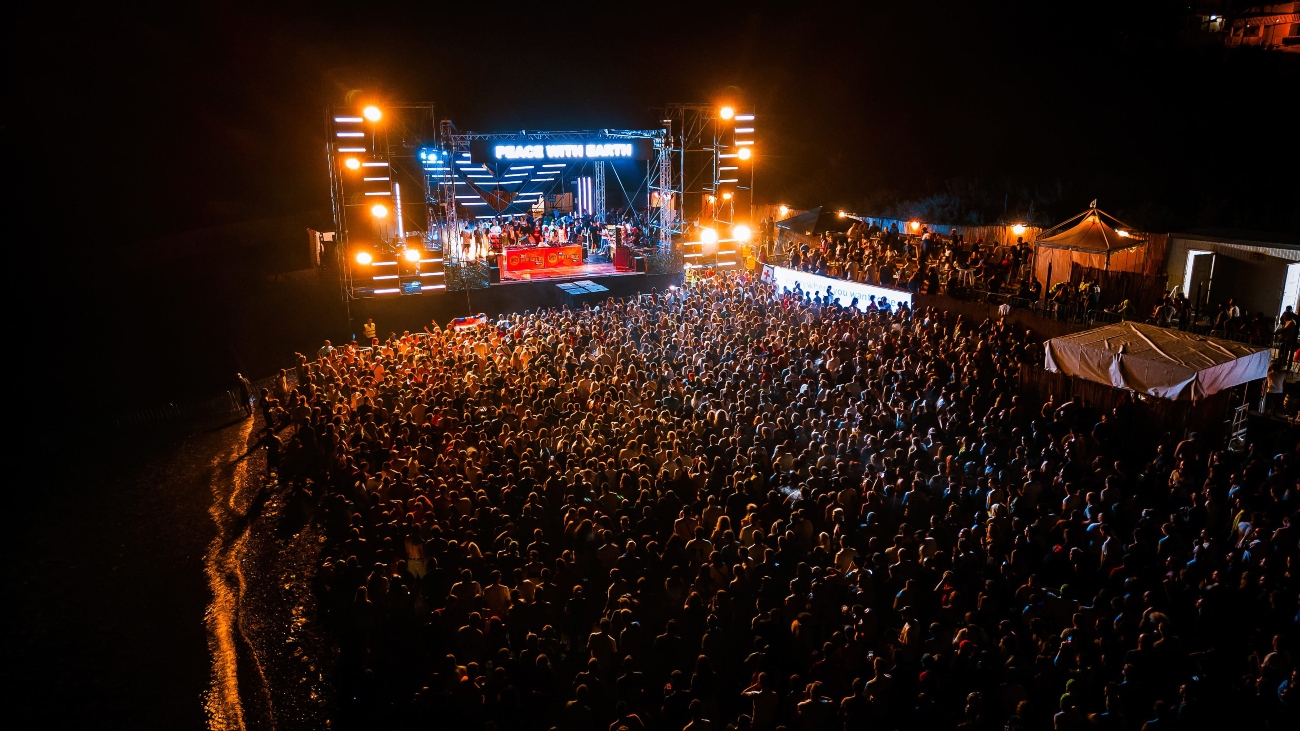 More than 40,000 visitors from many European countries passed through the festival gates in three days. Despite many obstacles, the organisers from the EXIT team tried their best to ensure a top-notch line-up full of international and regional music stars. The audience was enthralled by the phenomenal performances of Konstrakta, who had her premiere Montenegrin concert, techno diva Nina Kraviz, the most popular band in the region Dubioza Kolektiv, the world-famous electronic duo Mind Against, the Balkan trap queen Senidah and many other exceptional artists.

On the second festival night, the audience was entertained by the Australian hitmaking sensation Shouse, one of the most sought-after duos in today’s electronic music Mind Against, the brilliant Human Rias, the only artist in the history of EXIT to both open and close the mts Dance Arena in the same year, the Balkan trap queen Senidah, as well as Mimi Mercedez, Tam, Micka Lifa.

The last night of the festival brought a furious finale with one of the biggest stars of the electronic music scene, the undisputed techno queen Nina Kraviz. It was her performance that showed that Sea Dance would not allow politics to come before art and music. Along with Nina, the festival’s finale was marked by performances from the region’s most prominent band in the last decade, Dubioza Kolektiv, multi-talented musician Marko Louis, representative of the Afterlife label Coeus, trap sensation Crni Cerak & Lacku, as well as many local performers.

On the Together. Always! Powered by Guarana Stage, which attracted many visitors, Sea Dance traditionally promoted and affirmed the Montenegrin electronic scene. More than 30 local artists performed, as the festival returned the favour for their support over the past few months when its future was hanging in the balance. The festival programme was rounded off by the third stage, Tuborg Silent Dance, one of the festivalgoers’ favourite destinations from the very beginning.

The best festival VR experience in the world also premiered at this year’s edition of the Sea Dance festival. This exclusive VR project was presented for the first time at the EXPO Dubai and consists of famous EXIT Festival locations filmed with an 8k 360 VR camera in July 2021.

The eighth edition of the Sea Dance festival brought a handful of additional content and zones realised in EXIT Foundation’s social-activism spirit. This year, the focus was mental health care, the environment, and the continuation of the Stars4Kids humanitarian project. The messages found at the entrance to the festival were meant to highlight the importance of mental health and mutual support. As part of the environmental campaign, the last day of the festival saw a clean-up of Buljarica beach and the hinterland, organised in cooperation with GREEN HOME and its volunteers.