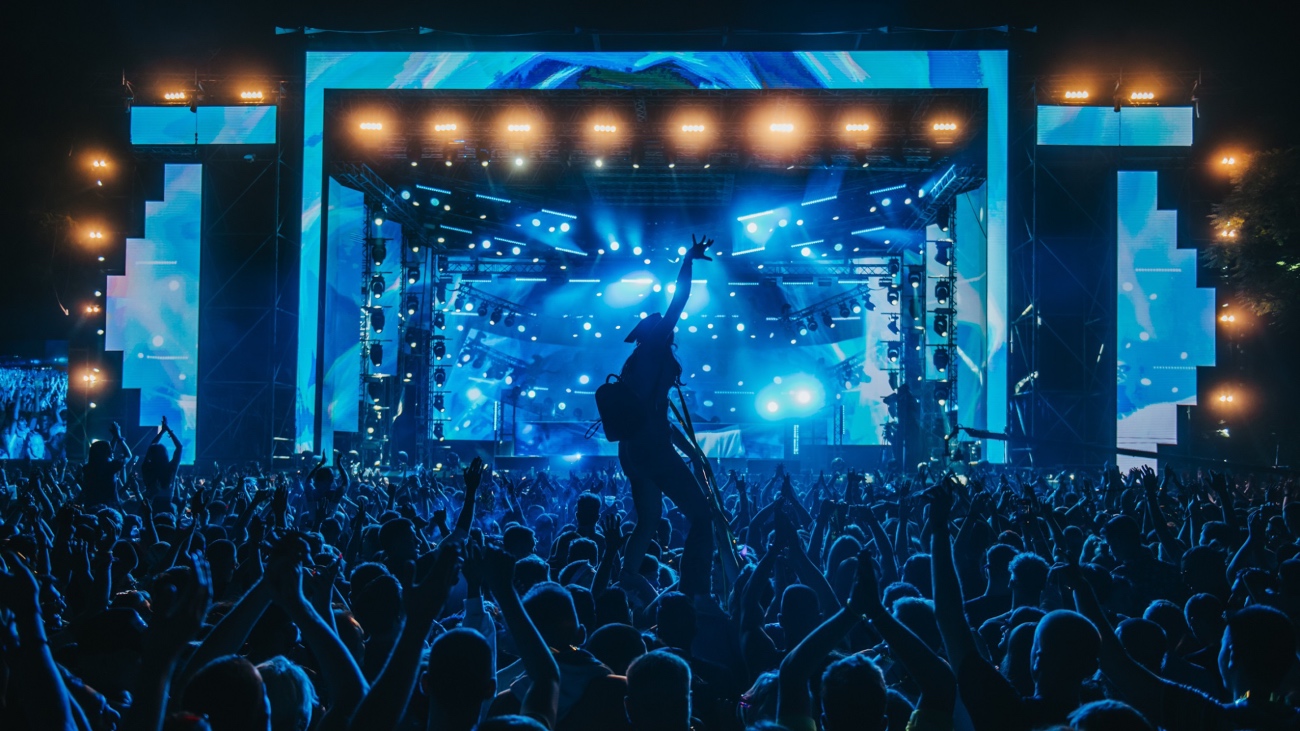 After three mts Dance Arena headliners cancelled their arrival for health reasons, the universe still delivered an excellent Plan B. Nina Kraviz, who recovered in the meantime, flew from Moscow urgently and produced a set of epic proportions that will be talked about for a long time. In the style of the biggest rock concerts, the audience chanted Nina’s name and got this icon of the electronic scene to return to the stage for not one, not two, but three encores!

A couple of hours earlier, festival visitors experienced one of the most energy-rich performances ever produced on the Exit Main Stage. With a fantastic performance, in which he also presented music from an album recorded in Serbia, Satori showcased all the splendour of his talent. The most memorable part of the concert was the world-premiere rendition of the song “Đelem Đelem “in which the vocals from one of the last recordings of the song by the great Esma Redžеpova were sampled, for which Satori received the rights from the legendary singer’s son. All the pain of the Balkans that the great artist represented in her songs seemed to be trying to find a way to healing in Satori’s interpretation. What a night, what a morning!

The program on the Main Stage was marked last night by as many as four music superstars. The audience was first enchanted by the charismatic Asaf Avidan, and until 5:30 in the morning, they were kept dancing by hitmaker Robin Schulz, legendary Paul Van Dyk, and multi-talented Satori, whose live performance featured Amira Medunjanin as a guest.

The second biggest stage at the festival, mts Dance Arena, was held up by Nina Kraviz (as a replacement for Hot Since 82, Honey Dijon and Boris Brejcha), super-popular creators of club anthems, the Italian Meduza, an exclusive back2back set by Adiel and Francois X and local heavy-hitters Reblok and Space Motion.

No Sleep Novi Sad was occupied by Dejan Milićević, X-Coast, Roman Flugel, and Adiel, while the festival’s hit stage, Gang Beats powered by Noizz, was filled to the brim by Buntai.

The final evening of this year’s EXIT will be marked by the performances of two electronic-music all-time greats and one duo that’s on its way to join them. David Guetta will begin his performance on the Main Stage at 02:30, while the honor to close the program on the mts Dance Arena and the entire festival has gone to Solomun and friends in a five-hour set starting at 05:00! Before him, at 03:00, the new global stars on the electronic scene, the Ukrainian duo Artbat, will begin their set!

Along with David Guetta, the Main Stage will also include performances by Rundek & Ekipa, the band Laibach, Sheck Wes, Jonas Blue, Divolly & Markward, and the winner of the HEMI band competition Koala Voice.

In back2back sets, Magdalena and Andrew Meller, as well as After Affair and Kristijan Molnar, and Bonafide and Coeus will be taking their positions behind the decks at the mts Dance Arena, along with Solomun and Artbat.

The crowd at the No Sleep Novi Sad stage will dance to the music of 999999999 Live, Juliana Huxtable, Monosaccharide, RAR, Human Rias, and VTSS in a back2back performance with SPFDJ.

EXIT has published the official procedures for entry to this year’s edition of the festival on its website. Entrance to the Fortress from 8th to 11th July will be restricted to those who either hold a Digital Green Certificate, meaning they have been vaccinated or had COVID-19, and those who can present a negative rapid antigen or PCR test. EXIT has provided free rapid tests for ticket holders at the Novi Sad Fair until the last day of the festival, while those entering with invitations will be able to do these tests at Aqualab and Jugolab laboratories throughout Serbia, and Medlab and Biotest labs in Novi Sad, with whom EXIT arranged cooperation through privileged prices for festival attendees. The “Safe events Serbia “safety protocol, in accordance with the latest scientific research, will make summer festivals in Serbia the safest gathering places in the country, far safer than various other celebrations, shopping malls, cafes, and other gathering places where such rules do not apply.