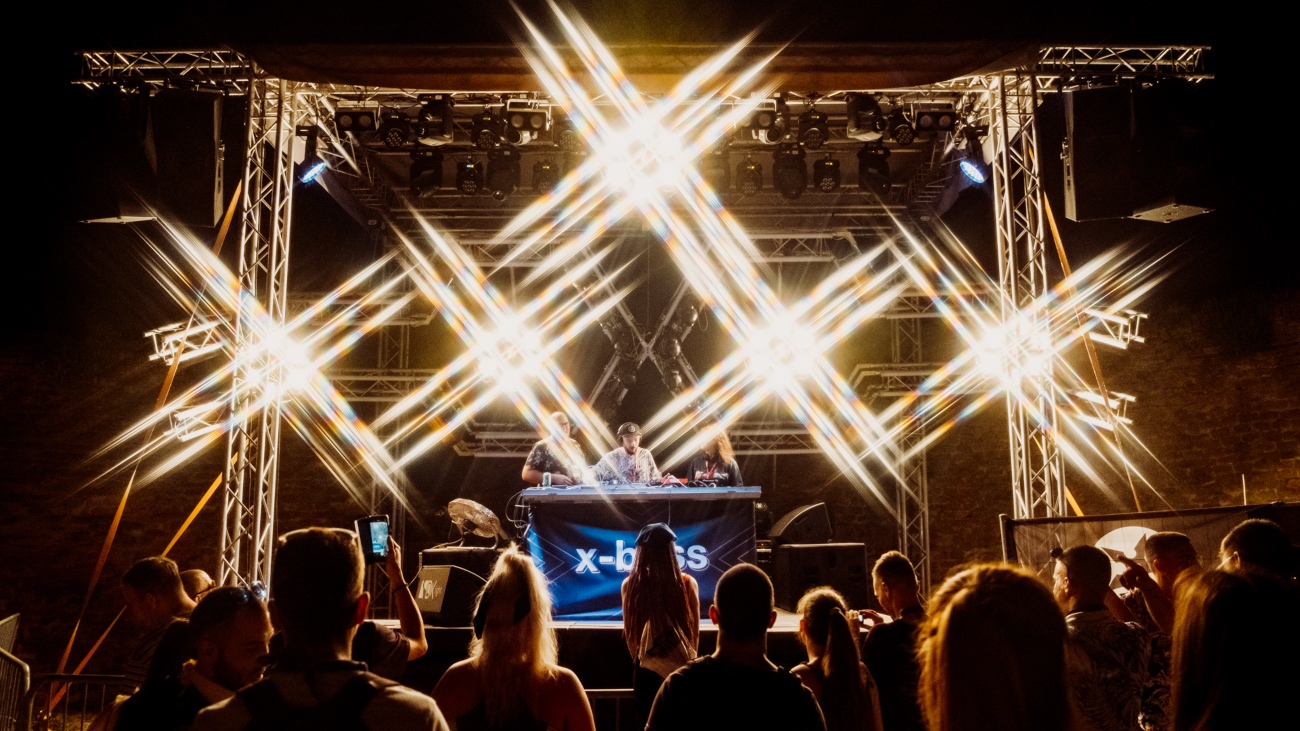 Fasten your seatbelts and get ready to ride at 174 bpm through the X-Bass Pit — the hidden gem of the EXIT festival dedicated to bass music lovers.

From Brand to Stand-Alone Stage 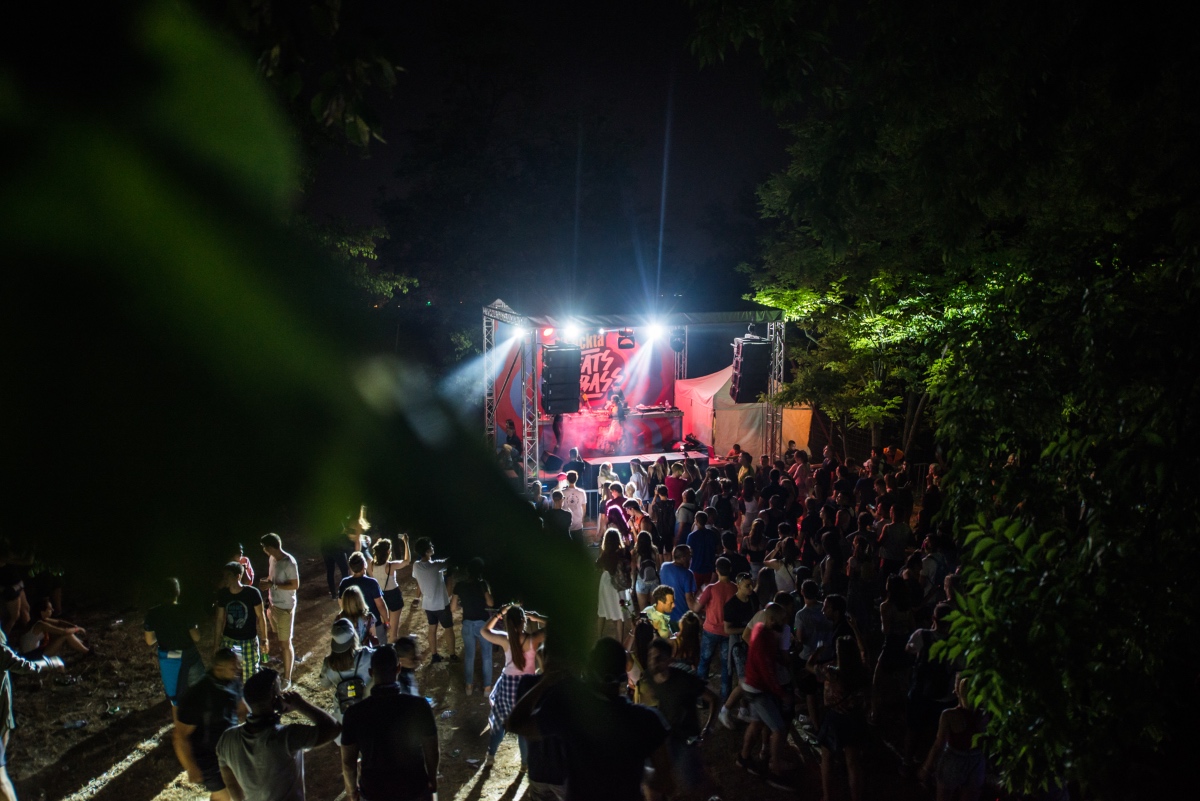 X-Bass Pit is one of the festival’s latest additions, but EXIT has always had an ear for drum and bass. Legends of the genre, LTJ Bukem and Roni Size, were among the first foreign performers at the festival, and the sound of bass has roared from the Main Stage over the years as part of the late-night X-Bass programme. But the time came to establish a festival stage dedicated exclusively to the bass sound. As an overture to that idea, the Cockta Beats & Bass stage was premiered in 2017. Due to the great interest and attendance at this stage, which combined two leading genres, beats and bass, they got their independent sets in 2019. 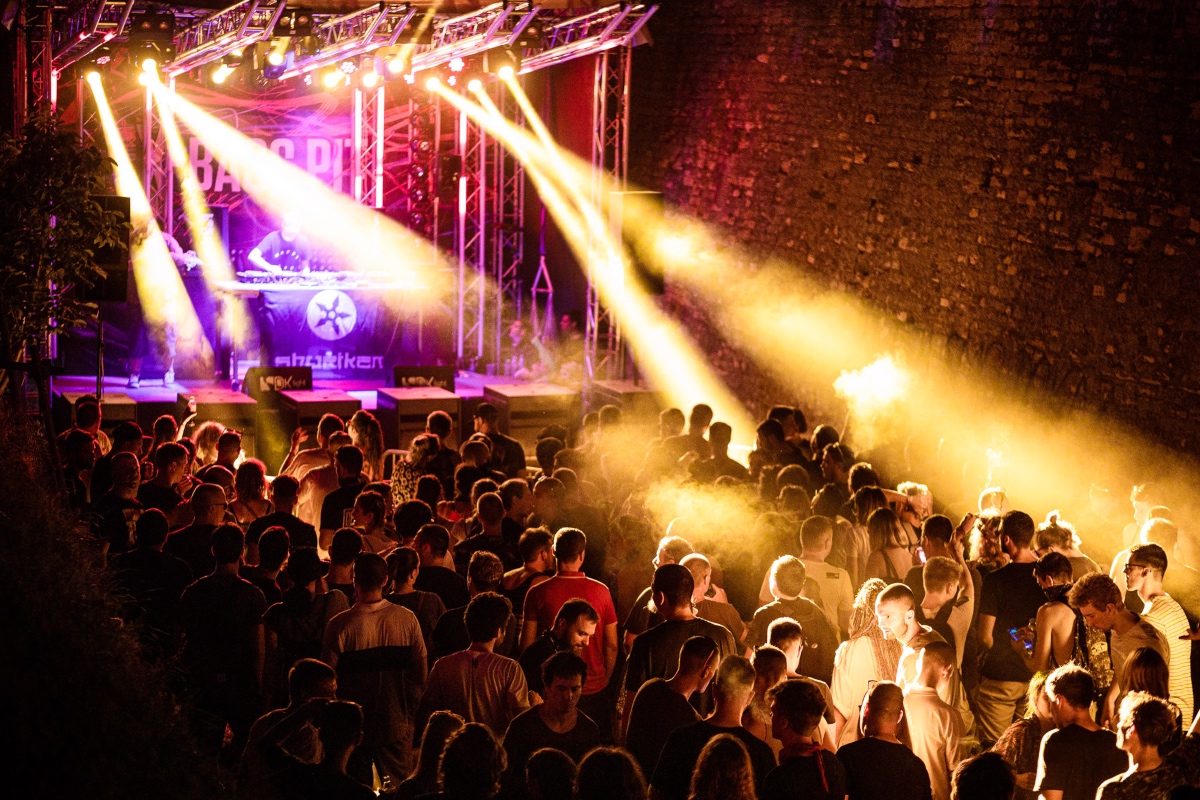 The giant British drum and bass label and global bass music promoter UKF chose the EXIT festival in 2019 as the perfect place to celebrate its 10th birthday. In that name, world-famous drum and bass producers and DJs performed at two festival stages – the Main Stage, which traditionally opened up to this genre, and the X-Bass Pit, whose line-up was created in collaboration with UKF. The same year, a symbolic premiere presentation of X-Bass Pit followed, in celebration of the tenth anniversary of the world’s leading drum and bass collective, as well as its equally long collaboration with EXIT.

The hosts of the X-Bass stage are members of the drum and bass collective Drop Sensei, genre promoters and creators of the legendary Šurenje and SHURIKEN events in Novi Sad and beyond. 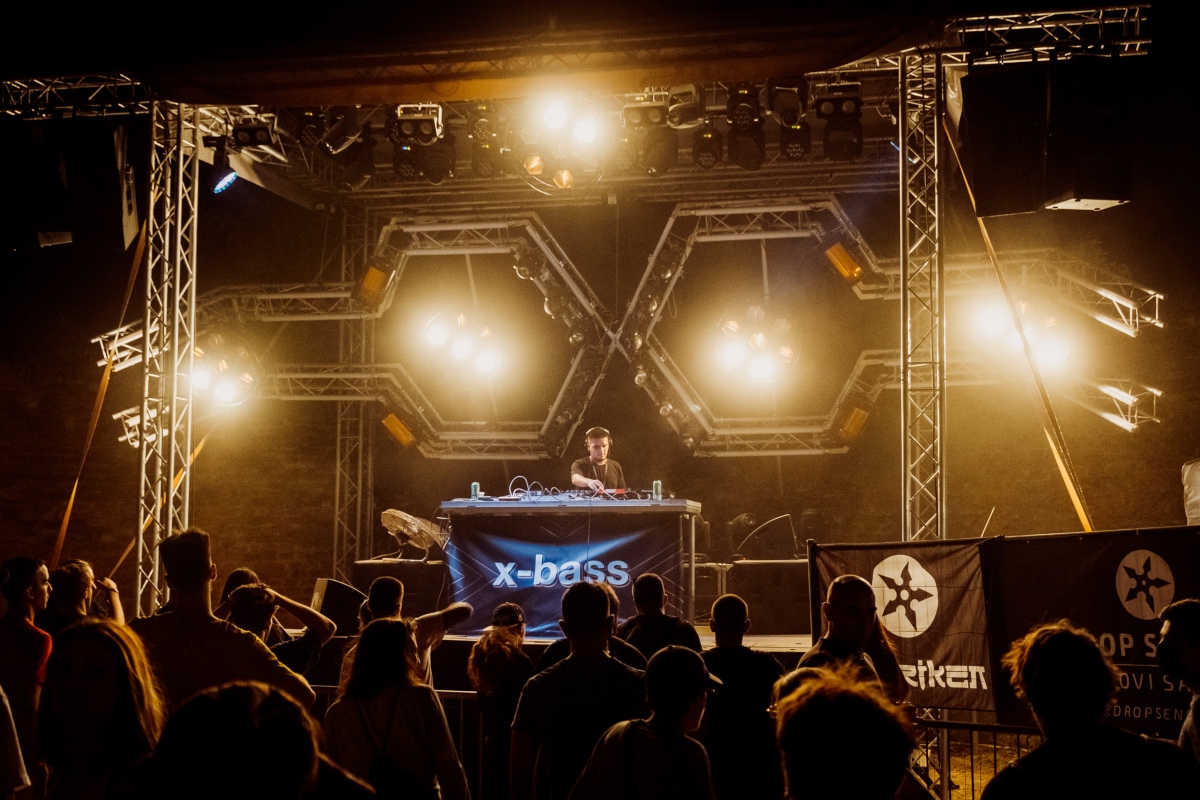 The hosts of the X-Bass stage are members of the drum and bass collective Drop Sensei, genre promoters and creators of the legendary Šurenje and SHURIKEN events in Novi Sad and beyond. Drop Sensei has been promoting the genre for almost a decade, and the sheer number of world-class DJs and producers it has hosted at its events over the years guarantees a high-quality programme at EXIT’s X-Bass stage. The organization started its EXIT adventure in 2017, when it was put in charge, naturally, of the bass programme at the Cockta Beats & Bass stage.

Drum and bass fans have had the opportunity to hear some of the most prominent, world-renowned performers during the two editions of the X-Bass Pit. Under the auspices of the UKF platform in 2019, the audience was introduced to the DJ and producer 1991, the Russian duo Gydra, and the intense Turno. The melodic London duo Technimatic showed that drum and bass is not only characterized by dark and heavy beats, while this year’s edition of the new bass stage was marked by the performance of George Roubinis, who represented the Greek duo Disphonia. 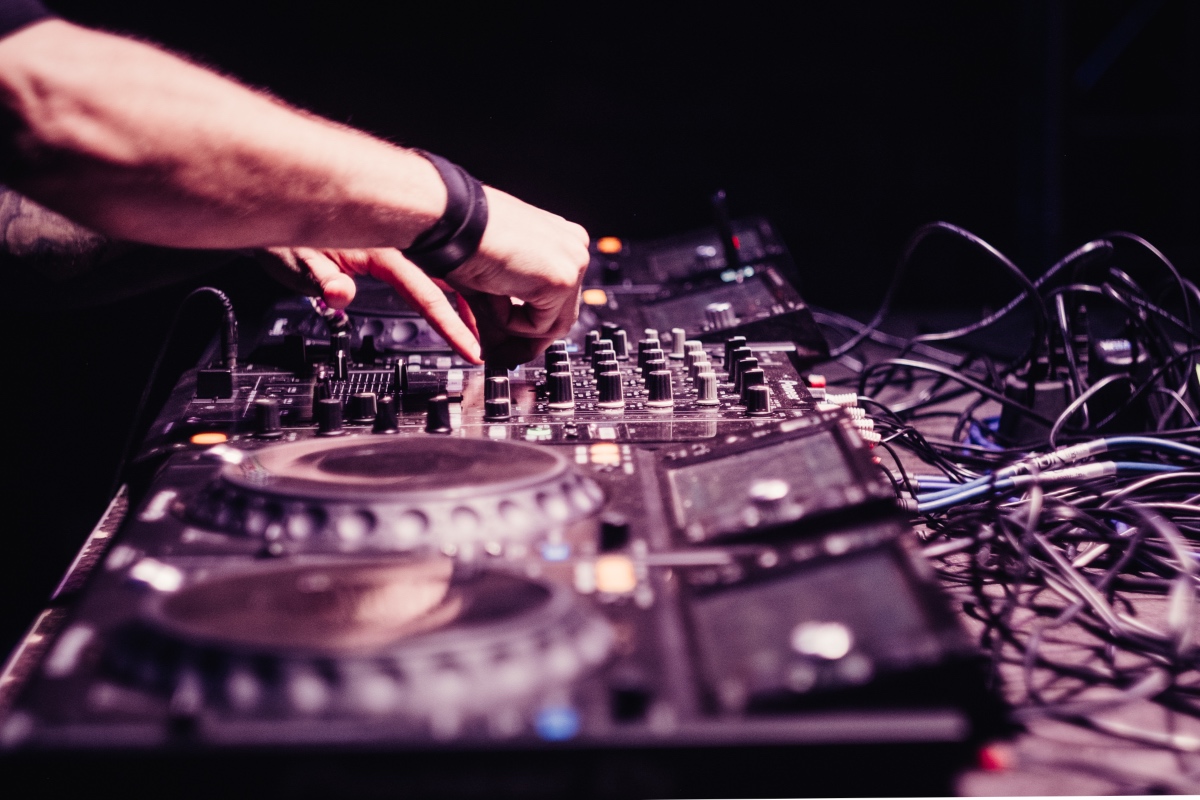 The X-Bass Pit line-up includes many local and regional performers, provides an opportunity for young DJs, newcomers, but also showcases older DJs and producers with years of experience. This concept contributes to the mutual connection of performers and the strengthening of the drum and bass community on both sides of the DJ deck. The Belgrade group Codex, the young Belgrade collective Critical Bass, Synchronicity from Niš, Novi Sad duo Baboon and the Drum Unit collective, Osijek’s Minimalist, as well as hosts Drop Sensei presented their music to the audience at the previous two editions of X-Bass, while the line-up keeps including more and more noteworthy drum and bass performers each year.