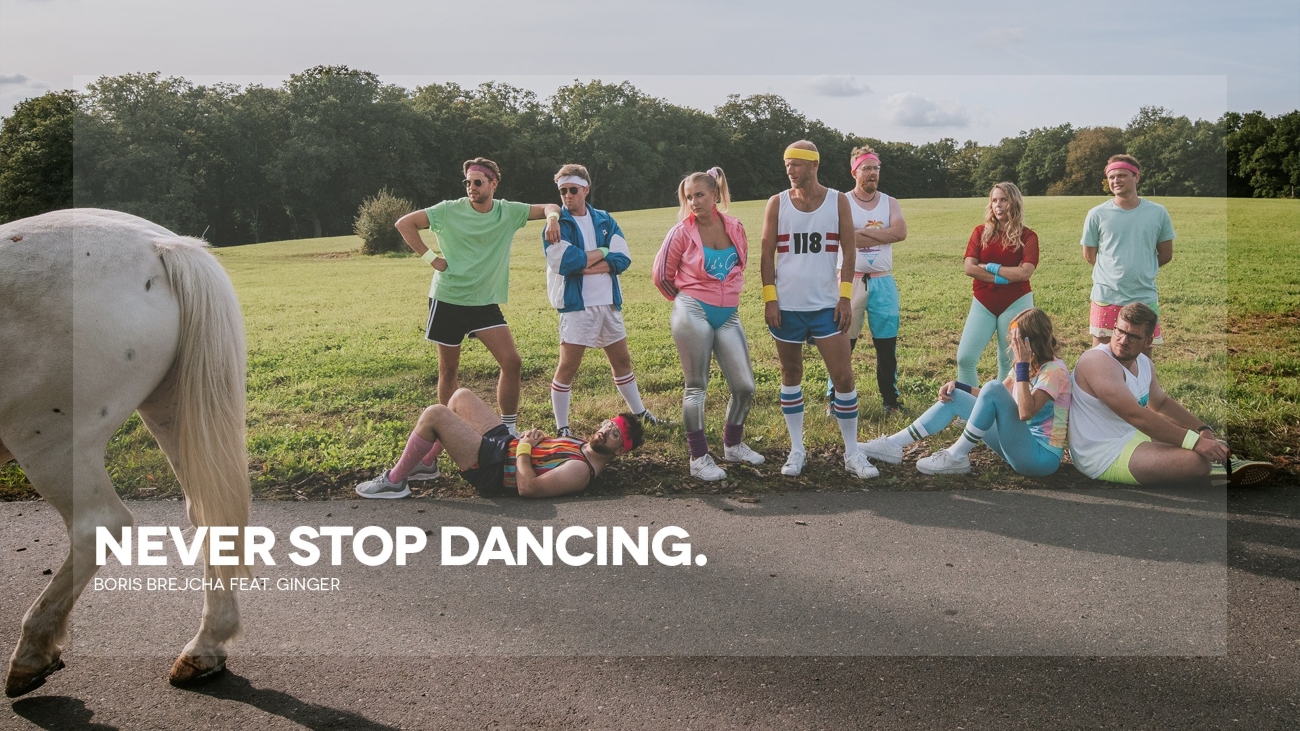 Brejcha, a headliner of EXIT 2022, hasn’t tried to hide his satisfaction and excitement about the new single, which announces an upcoming album of the same name, to be released this winter.

In keeping with its name, the song “Never Stop Dancing,” released under the Ultra Music label, has the power to get everyone who hears it to dance while bringing the atmosphere to a fever pitch. It is another perfect and energetic techno track characterized by a recognizable rhythmic groove. The pulsating kick drum and the dominant multi-layered synth melody, paired with Ginger’s mesmerizing vocals, prove Brejcha’s talent for creating a unique and unmistakable sound.

The track will be found on Brejcha’s upcoming album of the same name, to be released soon. The DJ’s 10th studio album is another example of his dedication to production, undisputed talent, huge ambition, and hard work. “Never Stop Dancing” follows Brejcha’s recent release — EP “Vodka & Orange,” a techno masterpiece consisting of three tracks: “Vodka & Orange,” “Shake It Down,” and “A Piece of Light.”

Brejcha’s breakthrough on the global electronic scene happened in 2006 with double EPs. “Monster” and “Yellow Kitchen.” Since then, he has continued to develop his unique style of music, which he calls high-tech minimal. Others often refer to this style as the intelligent music of tomorrow. Other performers adopted the genre, but he mastered it to perfection. At the beginning of last year, also in collaboration with Ginger, he released the highly acclaimed and appreciated album “Space Diver.”

One of EXIT’s most popular stars and electronic scene A-lister, Boris Brejcha, was a headliner two years ago at the mts Dance Arena. He says that his first appearance at EXIT was unforgettable: “The location itself is so amazing and overwhelming that I really enjoyed every moment of that performance! Thank you for that.”

This audience favourite is one of the first confirmed headliners of the 21st edition of the EXIT festival, which will take place from 7th to 10th July 2022 at the Petrovaradin Fortress. Besides him, the upcoming EXIT will feature the king of alternative rock Nick Cave with his band The Bad Seeds.