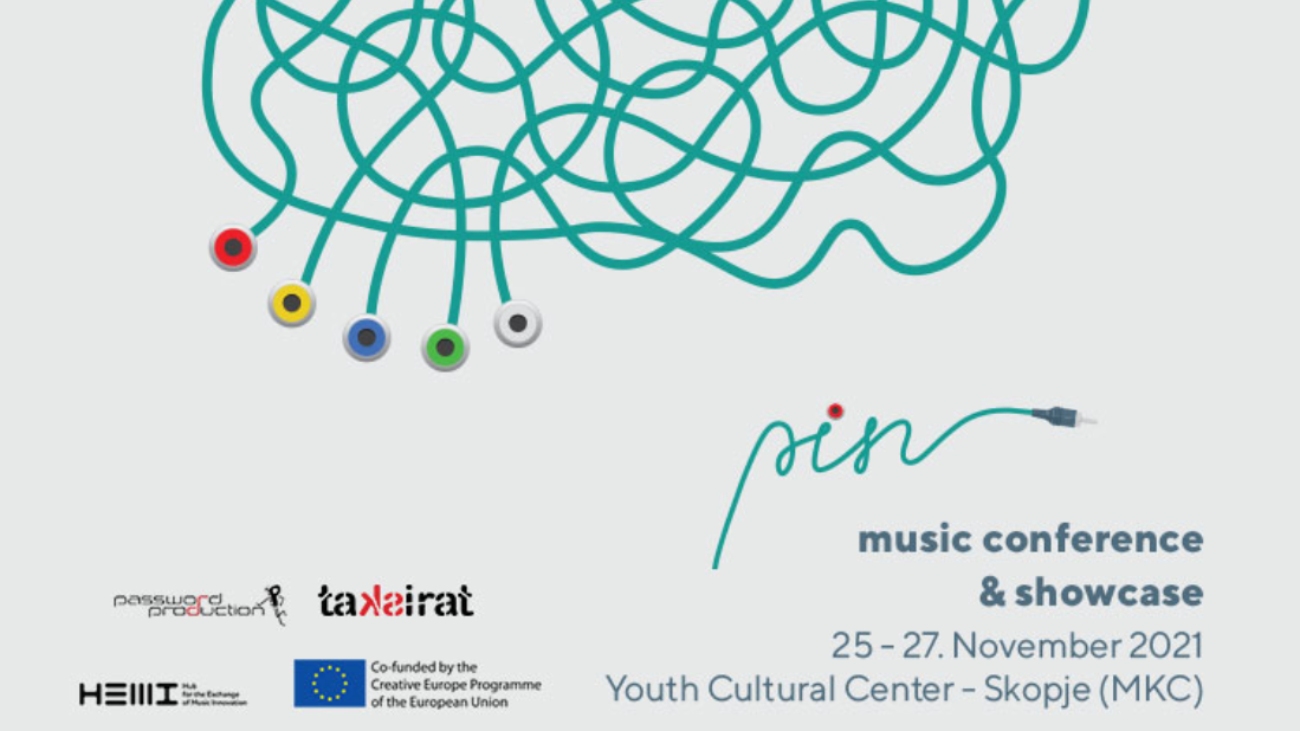 The Foundation will participate in three panels: “Don’t Worry, Be HEMI,” “Bridge Is MOST!”, and “Stayin’ Alive.”

As part of the “HEMI” project (Hub for the Exchange of Musical Innovations) and its programme for talented musicians, the panel “Don’t Worry, Be HEMI” will be held on Friday, 26th November at noon in the Frosina Film Hall of the Youth Cultural Centre. The panel will discuss the “HEMI” music awards and the competition to which more than 250 performers responded this year. The “HEMI” project is represented by ten partners from nine countries. It is intended for talented musicians who are ready to develop their international careers and reach new markets and audiences. The panel will also present a new “HEMI” Music Award for 2022, representing an opportunity for artists and professionals in the music industry, coming from the Czech Republic, Estonia, Greece, Hungary, North Macedonia, Poland, Romania, Serbia, and Slovenia.

The panel “Don’t Worry, Be HEMI” will also be available online via live broadcasts on the official Facebook pages of the EXIT Foundation, EXIT Festival, and the PIN conference.

The panel will feature a representative of the EXIT Foundation Vladimir Vodalov, who has been part of the program production team of the EXIT festival since its inception, Peter Baroš — Secretary of SIGIC, Slovenian Music and Information Centre, Ave Tölpt — Director of Music Estonia and Michal Kaščák — promoter, founder, and director of the Slovak Pohoda Festival. The panel will be moderated by Georges Perot — the coordinator of the “HEMI” project, owner and founder of MESO Music Events, which organises music and cultural events in Greece, and director of the Greek showcase festival Athens Music Week.

As part of the “MOST” project, which brings together important players in the music industry from eight Balkan countries, the panel “Bridge Is MOST!” will be held on Friday, 26th November, at 2:15 p.m. in the Gallery of the Youth Cultural Centre. The panel will feature Vladimir Vodalov — representative of the EXIT Foundation, Mila Georgieva — representative of the Bulgarian Music Association and the Bulgarian A to JazZ festival, Balázs Weyer — program director of the “MOST” project and Hangvető, as well as participants in the “MOST” project — Bajram Kinolli, member of Gipsy Groove and Marin Bošnjak from the Mostar Rock School.

The panel will present in detail the current competitions for world music performers, young music professionals, and other people working in the music industry, as well as festivals and clubs from the Balkans. The competitions are open until 12th December. The “MOST” project aims to strengthen the music market in the Balkans by supporting contributors to the world music and ethno genres: musicians, managers, festivals, and institutions. This project truly builds a bridge of personal contacts, experiences, and exchanges, connecting the Balkan music market with the world.

Next summer, the EXIT Festival will host a special event dedicated to the “MOST” project and music from the Balkans. A conference will be held within EXIT and attended by more than 100 delegates from countries across Europe. Musicians selected in the competition for world music performers will have the opportunity to perform at the festival as part of the showcase and attend numerous workshops focusing on band management and how to create an artistic portfolio.

The” Stayin’ Alive” panel, which is also part of the “HEMI” project, will be held on Saturday, 27th November, at 1 p.m. in the Frosina Film Hall of the Youth Cultural Centre. Aside from the EXIT Foundation representative Vladimir Vodalov, the panel will feature Marina Pommier — in charge of the programmes and bookings of world music stages on several projects and festivals around the world, such as the Hungarian Sziget and Vidor, Stefan Kazaryan — concert promoter, one of the founders of the Bol festival in Moscow and programme manager of the Moscow Music Week showcase festival, Oliver Belopeta — owner and director of the Skopje Jazz Festival, the cultural NGO behind the Skopje Jazz Festival and world music festival OFFest and Andy Jones — co-founder and program manager of the FOCUS Wales showcase festival. The panel will be moderated by Márton Náray — director of SoundCzech, an organization that supports the Czech music scene.

The panel participants will discuss the importance of showcase festivals for performers and their careers, but also the future of musicians and showcase festivals themselves if conferences and festivals are moved online, without the possibility of travel and live programmes, as well as whose status is currently more complicated.

The “Stayin’ Alive” panel will also be available online via live broadcasts on the official Facebook pages of the EXIT Foundation, EXIT Festival, and the PIN conference.

PIN is the first and only international music conference and showcase festival in North Macedonia. The organiser of the event since its inception in 2012 has been the Association for Culture and Arts TAKSIRAT, as part of the renowned Taksirat festival, a member of the Yourope Association of European Festivals, and the ETEP programme (European Talent Exchange Programme). The PIN conference and showcase will host the 200 most relevant people in the music industry (promoters, booking agents, journalists, performers’ agents, and other music professionals), 100 young performers from Europe and the region, and organise 30 showcase performances on Friday and Saturday at numerous locations.