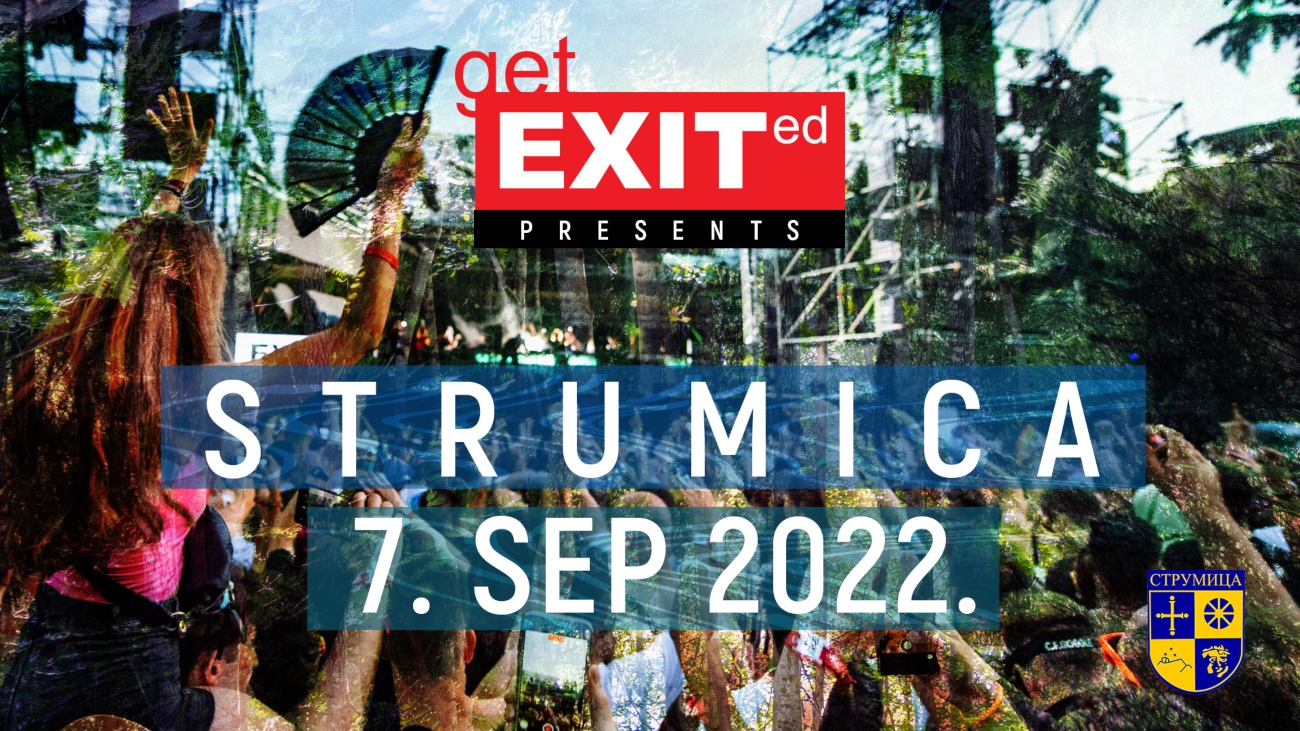 A big one-day event, organised by the EXIT team in cooperation with the city of Strumica, will be held on Wednesday, September 7th, featuring performances by well-known international and regional music stars. The venue, the complete list of performers, and the date of the beginning of ticket sales will be announced soon.

The unique concept of the Get EXITed music event was presented at today’s press conference in Strumica, where the mayor of Strumica, Kosta Kostadinov, and representatives of the EXIT festival addressed a large crowd of reporters.

“Get EXITed will arrive in Strumica on September 7th! We promise a lot of socialising, good music, and pleasant surprises. I invite all the peoples of the Balkans to come to Strumica so that we can start a beautiful new chapter of our open Balkans together,” – said the mayor of Strumica, Kosta Kostadinov, on this occasion.

“Since the founding of EXIT, there have been strong ties between Macedonia and our festival. We have been nurturing these ties for two decades, and now it’s time for us to come to your house too! Since the bonds between our countries are unbreakable, precisely because of our shared history and culture, we are delighted that Macedonia is finally joining the family of EXIT events, and the Get EXITed music event in September in Strumica marks the beginning of this cooperation. One of the primary visions of this project is a prelude to the creation of a new Macedonian festival next year, one that will become a new important tourist attraction in the Balkans. But right now, our focus is on the big Get EXITed party. We are excited to finally get together with our crew from Macedonia,” – the EXIT team said.

Get EXITed, as a one-day music event concept, will serve as an excellent overture to the first edition of a great Macedonian festival planned for next year. EXIT is Southeast Europe’s largest music industry organisation, with nine festivals in seven countries. Aside from the parent festival, which has traditionally been held in Novi Sad for more than 20 years, EXIT has so far organised numerous festivals and large concerts, such as the No Sleep festival in Belgrade, Sea Dance and Ada Divine Awakening in Montenegro, Revolution in Romania, Sea Star in Croatia, Echowaves in Georgia, Festival 84 in Bosnia and Herzegovina, Sunland at the Perla beach in Bulgaria, Robbie Williams and Madonna concerts in Belgrade, Red Hot Chili Peppers in Inđija and many others.

EXIT’s mission since its inception has been to connect the region and promote peace, as well as promote the brands of its host locations and grow their distinctive image.