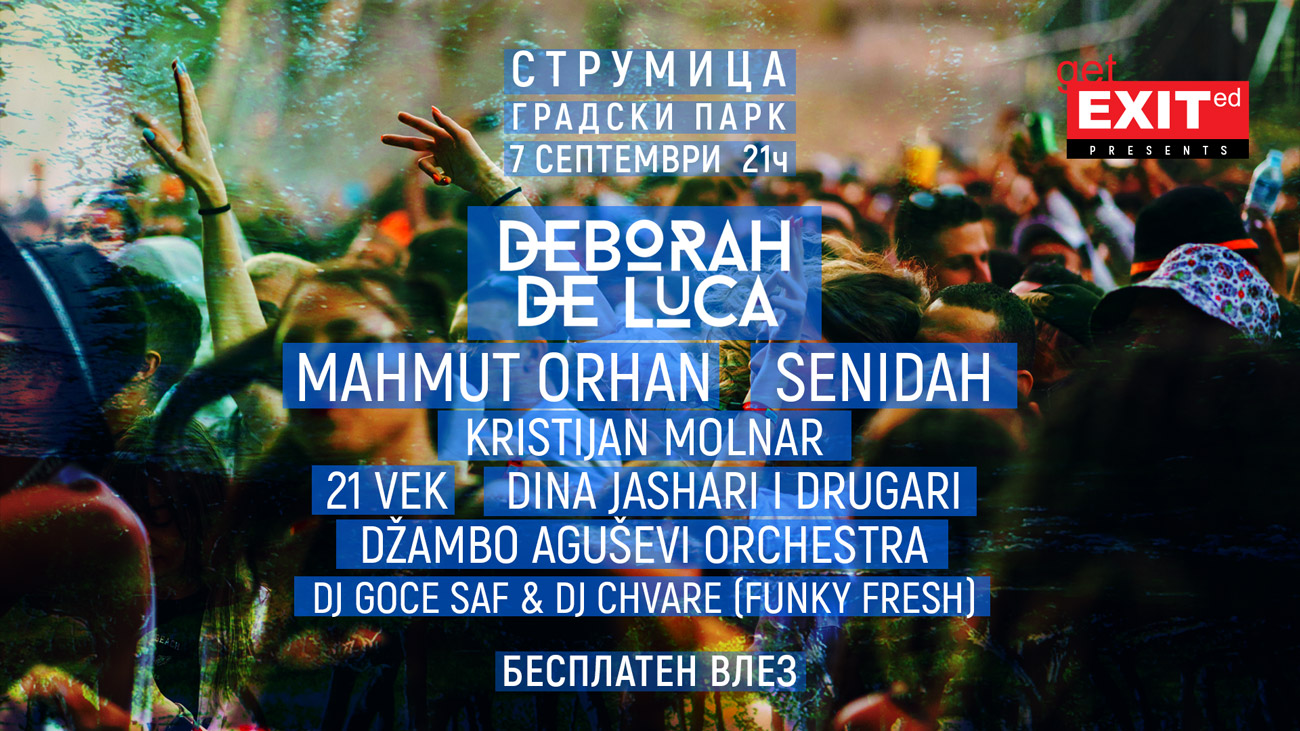 They will perform from 6 p.m. to 9 p.m., after which DJ Goce S.A.F and DJ Chvare will warm up the crowd for the headliners. Admission is free!

Macedonia is famous for its wines and gastronomy, and now through the fusion of music, wine and gastronomic specialities, all visitors of the event will have a chance to enjoy an ultimate experience with the support of the Government of Macedonia. Local Macedonian and regional specialities, musical variety, and a strong Balkan sound will bring together many generations in one place.

The afternoon music programme will last from 6 p.m. to 9 p.m., featuring performances by the cult Macedonian band 21 Vek, the young dream pop diva Dina Jashari, the world music band from Strumica that conquered the world with its unique trumpet sound, Džambo Aguševi Orchestra, as well as hip-hop veterans and some of the most prominent artists on the Macedonian music scene, DJ Goce S.A.F. and DJ Chvare.

21 Vek are a cult Macedonian trio who bring an enjoyable pop-punk sound and whose performances quickly transition into stand-up comedy. Their status as Macedonian wizards and the incredible energy they bring promise a triumph every time they take the stage. Džambo Aguševi Orchestra has played on the world’s biggest stages and traces its beginnings to Strumica. Džambo, also known as “Funky Tiger,” is the most famous Macedonian musician since Esma Redžepova. He has a great desire to make his orchestra synonymous with brass music in the whole world. Dina Jashari is a young artist from Macedonia whose modern rhythms of dream pop, soul, and jazz, are a real refreshment on the music scene. DJ Goce has been part of the hip-hop scene since the early ‘90s. He and his group S.A.F. released their first tape in 1993. Their LP “Safizam” is the first vinyl hip-hop release in the Balkans! In the same year, he founded the label “Bootlegz entertainment” with his partner and launched the first hip-hop resident evening in Macedonia at the Element club. He has produced albums for many local and regional stars, co-produced and DJed in TV shows, organised and moderated various workshops in Macedonia, and started his own vinyl convention with DJ Chvare, another member of the Funky Fresh crew.

The Get EXITed party will also feature a diverse wine and gastronomic fair, starting at 6 p.m. and lasting through the night. The best wineries and local producers of traditional organic specialities of Macedonian cuisine are coming to the fair. Some of the best chefs from the most famous restaurants in Strumica and students of the Secondary Culinary School will prepare local specialities together.