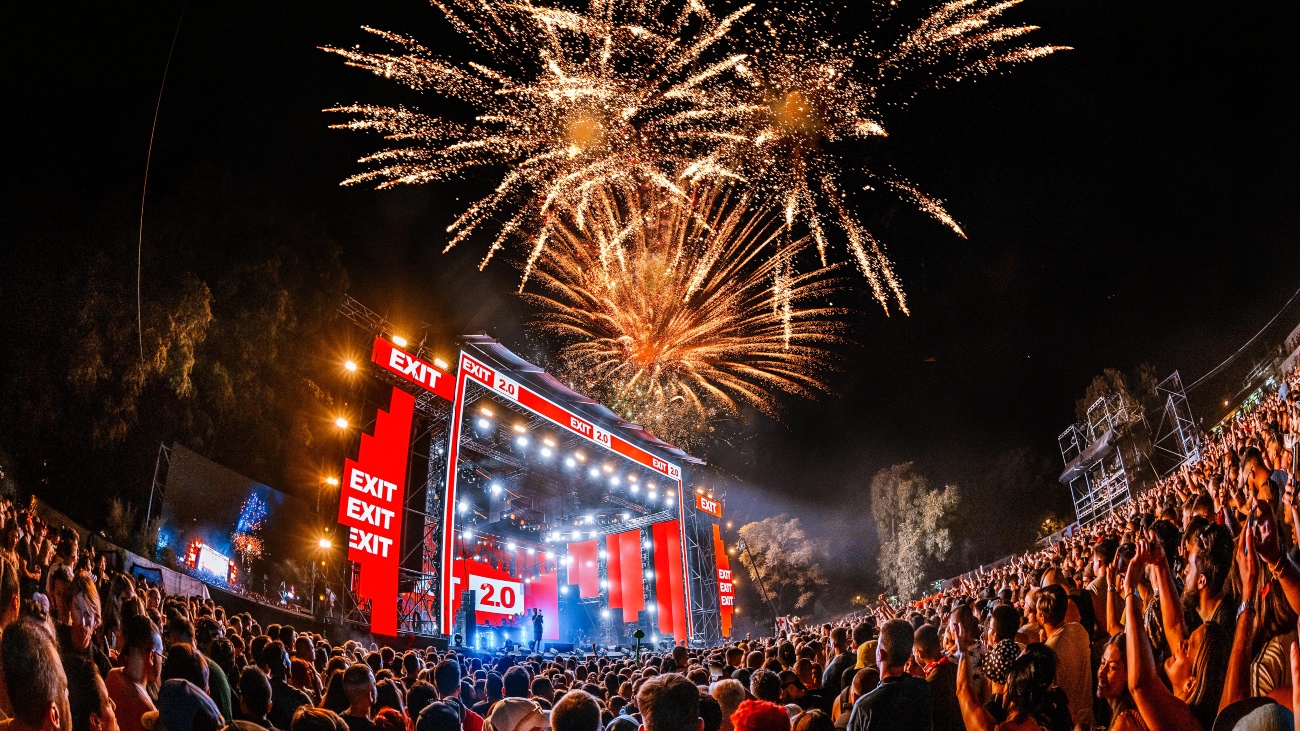 The world’s leading media outlets — from the British BBC, Guardian and IQ Mag, through the American Billboard, Variety and Pollstar, to the famous Chinese platforms and media WeChat, Sina Weibo, and Guangming Daily, whose article was shared on social networks an incredible 1 million times – reported on EXIT as the first major festival to be held since the beginning of the pandemic, reuniting people, and bringing a smile back to their faces.

Reputable world media also reported the words of the heads of health institutions, who pointed out that EXIT did not worsen the epidemiological situation in Novi Sad, stating the results of scientific research conducted at the festival, which showed that with certain restrictions in place, it is possible to organise a safe mass music event during a pandemic.

On the first day of the festival, July 8, the leading American music magazine Billboard announced that EXIT “has gone down in history as the first major European festival since the beginning of the pandemic,” “after a series of failed attempts for music festivals across Europe”. All this, according to the famous Billboard, “adds to EXIT festivals already rich tradition and reputation “.

This year’s edition of EXIT reminded writers at Variety, one of the world’s most prestigious magazines reporting on the entertainment industry, of a quote from Sun Tzu’s book “The Art of War” – “in the midst of chaos, there is also opportunity”. Variety states that EXIT took this message seriously and managed to organise the largest music festival in Europe since the beginning of the pandemic. They describe this year’s edition of the festival as an extraordinary event that brought smiles to the faces of tens of thousands of people in the middle of a pandemic, despite numerous obstacles. Variety did not fail to mention that a large number of female DJs performed at this year’s EXIT, placing particular emphasis on the performances of Amelie Lens, Charlotte de Witte, Insolate and Tijana T.

It was Serbian DJ Tijana T and EXIT founder Dušan Kovačević who announced the opening of the festival gates for BBC World News live in a programme watched by as many as 112 million people a week, in over 200 countries! EXIT was announced to all BBC viewers as “the first major international music festival in 2021.” One of BBC’s most popular presenters, famous DJ and producer Pete Tong, recalling one of the performances from EXIT 2009, pointed out: “Broadcast 12 years ago, this performance comes from probably the best DJ stage in the world, at one of the best festivals in the world. We are talking about the legendary EXIT in Serbia, which takes place within the walls of a medieval fortress overlooking the Danube, and which is set for a post-COVID return this weekend”.

After the festival’s first day, the most prominent British music magazine NME announced that EXIT was returning this summer to celebrate its 20th anniversary. “We’re back!”– NME mirrored the exclamation of Main Stage headliner DJ Snake, as well as the emotional impressions of mts Dance Arena headliner Charlotte de Witte – “EXIT’s mts Dance Arena is one of the most amazing outdoor stages in the world, and the atmosphere, especially in the early morning, when the sun rises over the walls of the Fortress, is truly magical“. The prestigious magazine reports on Exit regularly, so in May, it conveyed the message that Exit’s return will be “one of the most important symbols of Serbia’s victory over the pandemic”.

The same message was conveyed by the renowned IQ Mag, DJ Mag and Ticketfest. Mixmag, a British electronic music magazine with a long tradition, reported on the festival’s 20th birthday celebration, presenting EXIT as “the biggest music event since the beginning of the pandemic”, which featured “some of the biggest stars in electronic music”.

A crew from Pollstar, one of the leading expert magazines reporting on the world concert industry, with a tradition of 40 years, also arrived in Novi Sad! “Pollstar arrived in Novi Sad to witness the first European festival after almost 18 months of silence on the continent,” the authors of this magazine wrote. They added that 180,000 visitors came to the “spectacular Petrovaradin Fortress” and that the “feat of organising the festival was made possible by a well-thought-out concept of safety and tireless negotiations with decision-makers “. They referred to this year’s EXIT as a “historic event” and pointed out that “EXIT remains a symbol of Serbia’s independence, its hospitality and revolutionary spirit. It achieved something revolutionary again in 2021, celebrating its 20th anniversary with a mass of people eager to reunite”, wrote the great Pollstar. Pollstar conducted an exclusive interview with the founder of EXIT, Dušan Kovačević, immediately after the festival, with a quote that will be remembered: “If we are determined enough, there are no obstacles that can prevent us from being together, safely”.

The safety of EXIT’s visitors was also covered in the leading Dutch daily newspaper Algemeen Dagblad. The article attracted a lot of attention, reaching second place in readership in the entire country. This newspaper reported the preliminary results of a scientific study conducted at Exit and quoted the director of the Novi Sad Health Centre, Veselin Bojat, who said that scientific research and the daily movement of the virus showed that there was no mass infection at EXIT. The reputable Algemeen Dagblad stated in the headline of this article that these results represented hope for all festivals.

News of EXIT’s return reached as far as China! The well-known Beijing newspaper Guangming Daily reported on the festival as a “major music event held every year in Serbia”, adding that this year’s edition had a “different meaning”. Over a million people shared the news on Chinese social networks!

Foreign media interest in this edition of Exit was among the greatest in history. The Guardian, The Sun, TagMag, Dancin Astronaut, QZ, Vice, Radio Free Europe/Radio Liberty, and Euronews all reported on the festival. EXIT was covered by over 350 media outlets from countries worldwide, including, aside from European countries, the USA, Brazil, India, China, Mexico, Australia…

What the founder of EXIT, Dušan Kovačević, announced in an interview for IQ Mag in April really happened: “The first EXIT was held after a decade of war and poverty in Serbia and the Balkans. After that decade of isolation, the people’s desire for normal life led to an explosion of positive energy, which was so strong that it created the legend of Exit that is still retold today. Due to the pandemic and the fact that people have been living in abnormal conditions for more than a year, it seems as if history will repeat itself, so this year we expect a powerful positive change that will make this year’s EXIT one of the most special editions of the festival”.