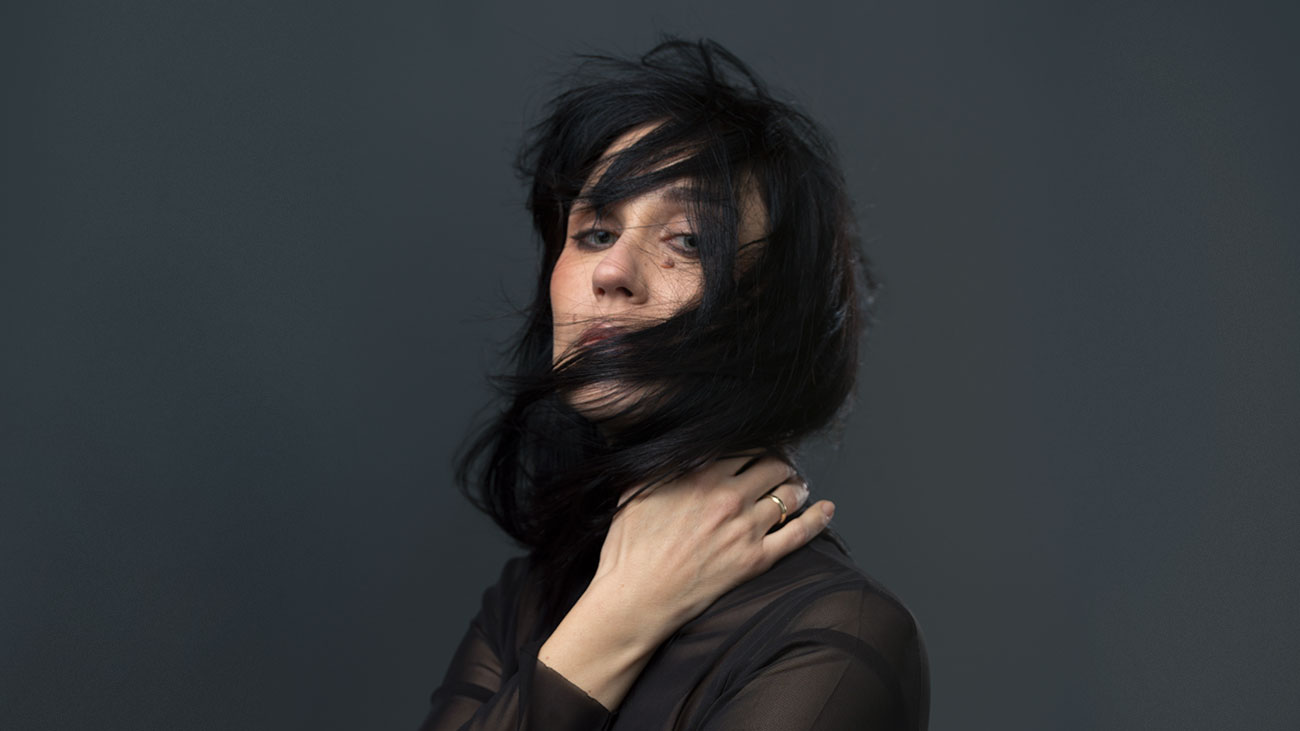 Nick Cave: “This Much I Know To Be True“ Premieres at Beldocs

The long-awaited documentary “Nick Cave: This Much I Know To Be True“ had its regional premiere last night at the Beldocs International Documentary Film Festival in Belgrade.

Shot on location in London and Brighton, the documentary shows the creative relationship and collaborative creative processes of Nick Cave and his long-time collaborator, friend and bandmate from The Bad Seeds, Warren Ellis, as the two relive songs from their last two studio albums, “Ghosteen“ and “Carnage“.

“Ladies and gentleman, boys and girls, I’d like to welcome you inside the Snoop Dogg, Calvin Harris experience,“ – says the rapper in a freshly released teaser for Calvin Harris’s upcoming album “Funk Wav Bounces Vol.2“. Although the short video does not reveal much about the song that will show up on Harris’ new LP coming out this summer, it is now known that the famous rapper Snoop Dogg will show up on the latest release from the most successful DJ and producer of all time.

Get ready!!! It’s the maddest album I’ve ever put together by a lonnnggg way https://t.co/DTRrKBtnKz

Calvin Harris and Snoop Dogg previously collaborated on the single “Holiday“, which also featured John Legend and Takeoff from Migos, released as part of Harris’ revolutionary hip-hop/electro album Funk Wav Bounces Vol. 1 in 2017. On this album, Calvin has worked with the biggest and most genre-diverse music stars such as Frank Ocean, Nicki Minaj, John Legend, Ariana Grande, Travis Scott and many others.

FWB Vol. 2 has been in the making for the past five years, and Harris has repeatedly assured fans that the album will be worth the wait. Although there is not a lot of official information regarding who will join the DJ on this album, there is speculation about collaborations with David Guetta, Charlie Puth, Madeon, and SG Lewis.

The iconic Dutch drum’n’bass trio Noisia has released its third and final studio album called “Closer“. The elegiac album consists of 20 tracks, 11 of which are new, including collabs with the biggest names of the world’s drum’n’bass and dubstep scene, such as Skrillex, Black Sun Empire, The Upbeats, Camo & Krooked, Mefjus, Phace, IMANU, Halogenix, Posij, Former and Two Fingers.

“Closer“ will go down in history as the last piece of the legendary trio’s shared legacy. The avant-garde representatives of the genre will once again join forces in a special DJ set at the EXIT Visa Fusion Stage this July!

This year’s mts Dance Arena headliner and one of the leading electronic music producers, Maceo Plex, will launch, in collaboration with the EXIT Festival, a special NFT collection during the Tomorrow conference, which will take place from May 13th to 15th at Belexpocenter in Belgrade. 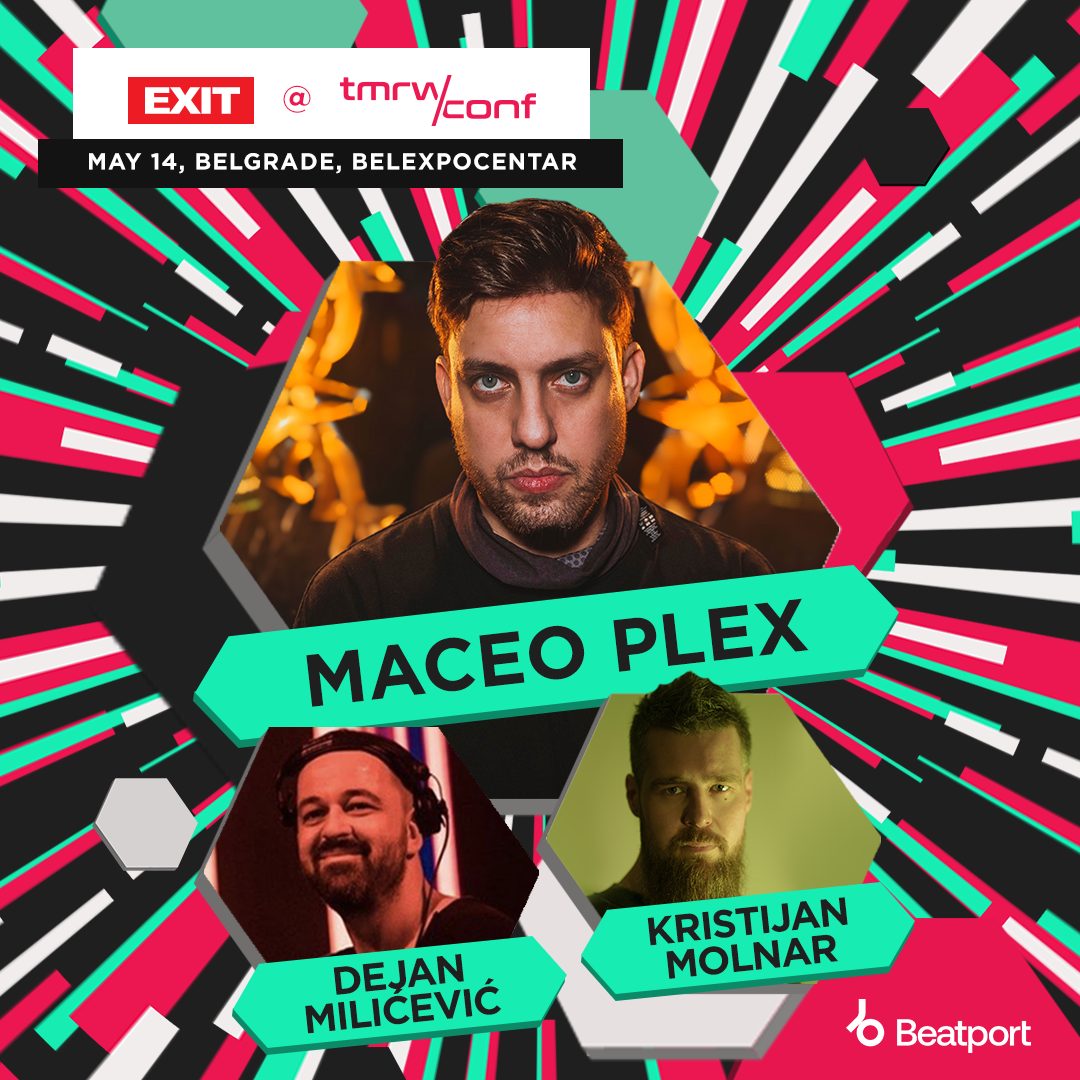 The “SHADES“ collection will be presented on May 14th at the “Raverse“ panel, and on Saturday night, Maceo Plex will headline an exclusive party, which will also include experienced party masters Kristijan Molnar and Dejan Milićević.

The greatest Brazilian superstar and world-famous DJ Alok has announced his debut summer residency at the cult club Hï Ibiza, which will start on July 4th and go on through nine exclusive Monday sets, including a spectacular season-closing set on September 12th. He will become the first Brazilian ever to have a residency in the main room of one of the world’s most famous clubs, Hï Ibiza.

“Where Did You Go“ Hits #1 on US Dance Radio Chart

The hit single “Where Did You Go“ by Jax Jones and MNEK was at the top of this week’s Mediabase US Dance Radio chart. According to data acquired by the company in charge of monitoring radio broadcasts in the United States, the song was aired 600 times from 1st to 7th May, which puts it at the #1 spot.

Since the release of “Where Did You Go“ in February this year, the single has topped numerous charts, including the British Official Trending and Sky Radio VIP Big Top 40. The track is Jax’s first major solo release since 2020. It is accompanied by a humorous music video featuring the producer at a DJ desk with retro visuals and archival footage of raves played in the background.

Joel Corry and Jax Jones, two leading British producers in the last two years, won a platinum record in the UK this week with their joint single “Out Out“, having sold more than a million copies, according to BRIT Awards.

OUT OUT is Platinum 💿🥳

Joel Corry has won as many as twelve platinum records in Australia alone for the singles “Head and Heart“, “Sorry“, “Lonely“, “Out Out“, and the collaboration with RAYE and David Guetta – “Bed.” He also has four platinum records in Britain, and two each in Belgium, Italy, and New Zealand. This bonafide hitmaker will bring all his hits to EXIT’s Main Stage this summer!

Brazilian producer and DJ ANNA has added a bit of her magic and a personal stamp to the remix of “Control“, whose original authors are Adam Beyer and DJ Rush.

This song, which has been a favourite among fans from the very beginning, was released as part of the EP “Restore My Soul“ and introduced listeners to the world of underground techno. With her authenticity, the talented mts Dance Arena headliner has breathed new life into the lyrics, “Walk, stop, take control, let the music move your soul“.

The mighty guitar maestros from Sepultura have announced that they will re-release “Apes Of God (Live In São Paulo)“ as a double remastered LP, CD and DVD on June 24th this year.

“Live In São Paulo“ is an album recorded at the band’s legendary concert in this Brazilian city on April 3rd, 2005. Along with the album, we will also get a documentary about the band’s work from 1998 to 2005, a few official music videos, and a “making of”.

Blind Channel: A “Making of“ & an Alternative Version of “Bad Idea“

More than two months after the release of the video single “Bad Idea“, the Finnish Blind Channel presented a “making-of” video for this song. The new video suggests that “Bad Idea” was initially conceived as an entirely “different idea” and that a completely different music video was originally planned, which has now been released as an alternative version.

After “Dark Side“, which the band presented at last year’s Eurovision Song Contest, and the singles “Balboa“ and “We Are No Saints“, the song “Bad Idea“ is the fourth from the band’s upcoming studio album. The album will be called “Lifestyles Of The Sick & Dangerous“, and its release is scheduled for July 8th this year, nicely matching their performance at EXIT!

Konstrakta Enters the Final of Eurosong!

Konstrakta, the Serbian representative at the Eurovision Song Contest, has entered the final of the world’s most famous music competition. Konstrakta and her crew have undoubtedly won the hearts of the Turin audience, who clapped to the beat of the now world-famous verse “Biti, biti, biti, biti zdrava”.

Konstrakta’s performance from last night already has more than 1.2 million views on YouTube. We await the finals with great excitement, convinced that the artist will win! Konstrakta once again showed her authenticity last night, and best of all, she will soon share her energy live with the audiences of Sea Star Festival and EXIT.