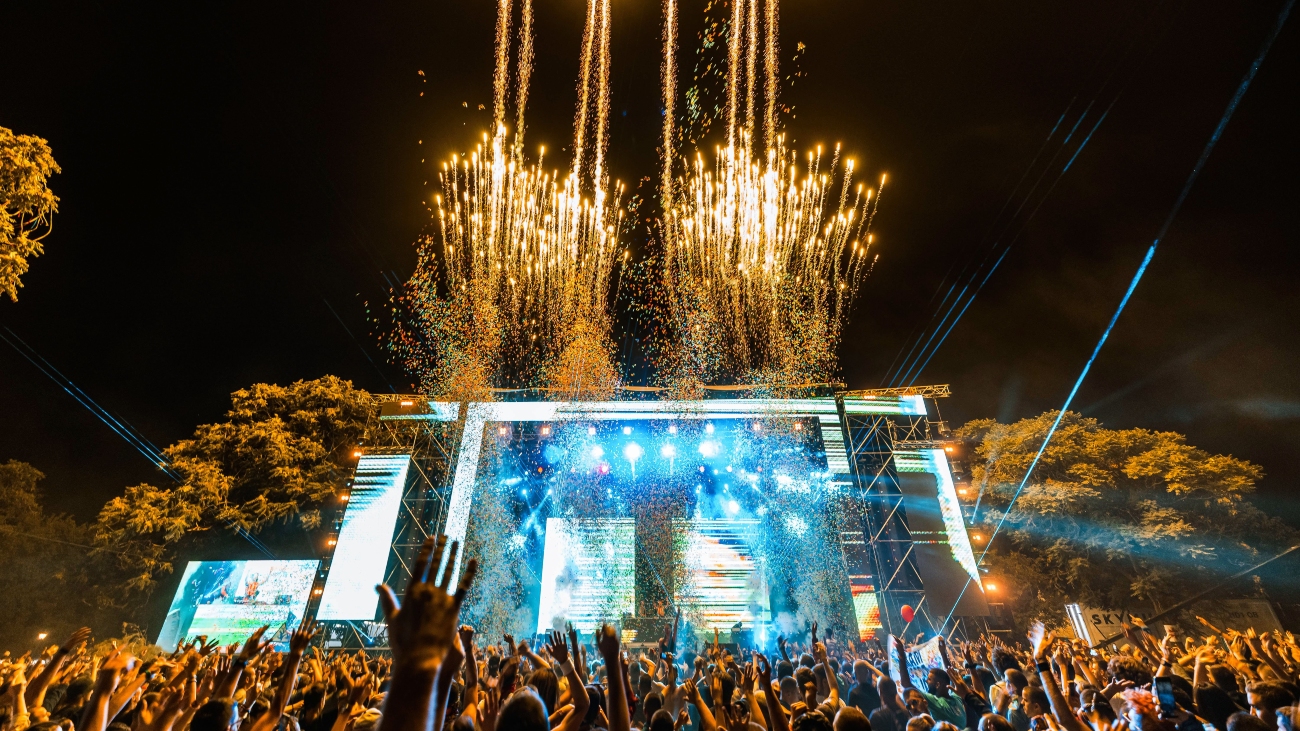 Calvin Harris brought his ultimate megahit soundtrack to the Petrovaradin Fortress! Almost 55,000 fans passed through festival gates to witness a historic moment, a flawless pop spectacle performed by the most successful DJ and producer of all time, on his first visit to Serbia. Of course, the party didn’t stop with Calvin Harris. Boris Brejcha, Disciples, Ofenbach, and Acraze also contributed significantly to this incredible night’s success, along with hundreds of other performers on festival stages and zones. A perfect Saturday paved the way for another historic moment tonight. Ana Đurić Konstrakta will be the first Serbian headliner in EXIT history!

The premiere of her special performance will begin at 11:30 p.m. on the Main Stage. Along with Konstrakta, the biggest names of the super-strong final day include Zhu, Alok, Satori, Monolink, Sepultura, Blind Channel, Joel Corry, and the Ukrainian duo Artbat, whose final set will close the festival.

The third night on the main festival stage was filled with the sounds of hitmakers and spectacular sets that, along with Calvin Harris as the ultimate headliner, were delivered by Disciples, Ofenbach, and ACRAZE. Expectations from the first performance of the global producer phenomenon Calvin Harris in Serbia at the EXIT Festival Main Stage were more than met on both sides – Calvin delivered a world-class spectacle, which was reciprocated by the most active and most crowded podium at this year’s festival so far! Tens of thousands of fans sang along to hits like “One Kiss,” “This Is What You Came For,” “Summer,” “Blame It On Me,” “We Found Love,” and many others that played during the 90-minute performance by the world’s most successful DJ.

The mts Dance Arena once again provided a haven for the highest-quality electronic music, presented last night by Mochakk, Blond:Ish, and Mathame, while Boris Brejcha delivered the cherry on top of the cake that was the night’s excellent line-up. The Visa Fusion stage brought a fusion of the old and the new, as well as the local, regional, and international alternative sound, presented by the British Coach Party, Belgrade’s Vizelj and Rijeka’s Paraf, while the end of the evening brought a complete genre change in the style of Djaikovski. The new, upgraded location of the No Sleep Novi Sad stage was transformed into the dance floor of the iconic Berlin club Watergate represented by Adana Twins, Andhim, Stephan Jolk, Biesmans Live, Jamiie and Kristin Velvet.

On the final night of the festival on the Main Stage, Sepultura will turn the distortion up to the max; Blind Channel will continue in the same vein bringing last year’s Eurovision hit “Dark Side,” as well as other songs from the new album, after which the Main Stage will be graced by Ana Đurić Konstrakta, the first Serbian headliner in EXIT history. The night’s second part will be reserved for dancing until the early morning with huge hits from Joel Corry, Alok and Zhu.

The mts Dance Arena will be marked by live performances from Monolink, Satori and Stephan Bodzin, while the Ukrainian duo ARTBAT will be in charge of closing the stage and the entire EXIT festival this year. The last remaining Ramone – Marky Ramone – will arrive at the Visa Fusion stage alongside the Turkish alternative band She Past Away and Zagreb punk-folk band Brkovi, while the Orthodox Celts will bring a taste of Ireland. Another sleepless night and cult CODE party will be brought to the No Sleep Novi Sad stage by Fabrik Madrid, one of the 100 best clubs in the world, represented by Airod, SHDW & Obscure Shape and Indira Paganotto. At Gang Beats, Kene Beri x Spejs Noksi, Bore Balboa, Grše, Klika, Traples, FTP, and Rodjeni will be spitting rhymes.