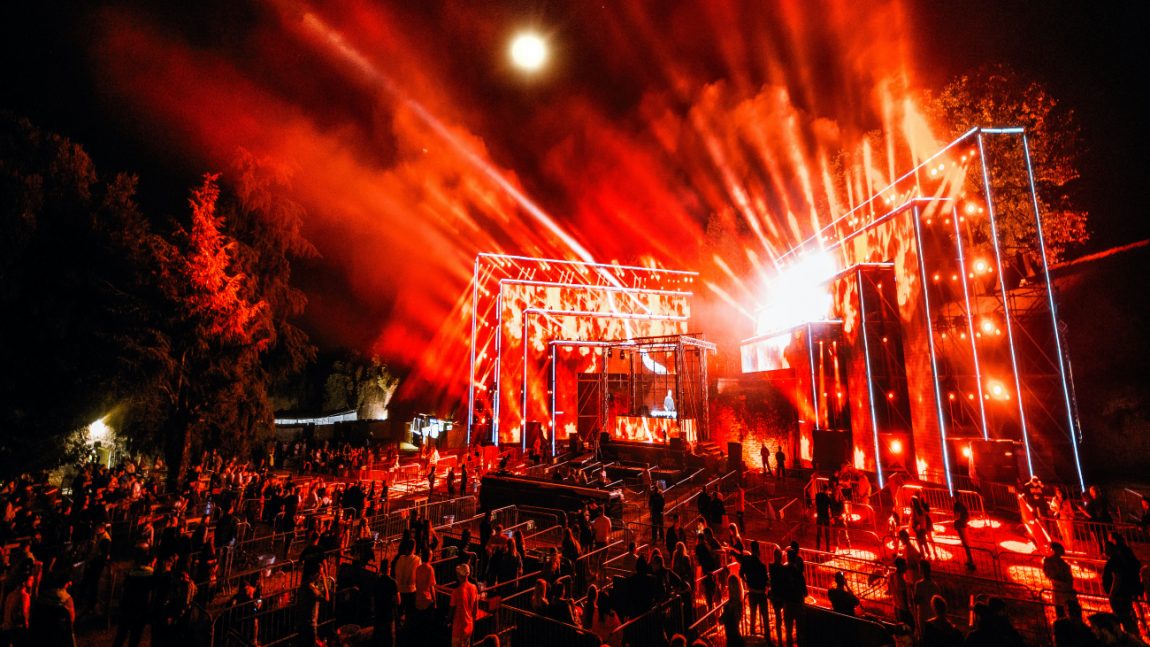 Although there are exactly ten days left until the beginning of the broadcast, judging by the 400,000 views of the first teaser, the global audience eagerly awaits the recordings made at Petrovaradin Fortress over the past four days. The premiere broadcast of techno diva Charlotte de Witte’s performance resonated in the global music industry, both due to one of the most spectacular productions of this year, as well as due to the fact that EXIT is one of the few music festivals on the planet that offered the audience a full-blooded live experience instead of a virtual one.

Exit’s Life Stream, a project realized in partnership with the United Nations World Food Programme (WFP), opened on September 3rd with the international panel Conscious Music, where key people of the WFP, David Beasley, and EXIT, Dušan Kovačević, spoke. Beasley pointed out that due to the Covid-19 pandemic, the number of people exposed to extreme hunger has increased to as much as 270 million, which is an increase of over 80% compared to the previous year. According to Dušan Kovačević, if humanity does not change the direction it is moving in, our planet may become uninhabitable over the course of the following decades, due to worsening climate changes. He added that with the Life Stream project EXIT wants to set a good example and encourage other festivals to use their media space to draw public’s attention to the environmental and hunger crisis. The Life Stream concept will be developed as an open-source platform and will be offered to other festivals and events around the world, for free.

After the panel, live from the unique stage located in the trench of the mts Dance Arena, fantastic sets were delivered by Charlotte de Witte, Marcel Dettmann, Tijana T, with equally motivated Lag, Ilija Djoković, while the audience virtually met with the giant – Carl Cox, an especially emotional encounter!

On the second night of the Festival, the atmosphere was heated by Burak Yeter, Ofenbach, Mahmut Orhan, and Paul Van Dyk in their virtual performance, as well as local electronic heroes Divolly & Markward, Lady Lee and Vantiz.

The third evening was marked by the performances of techno legends, virtually Nina Kraviz, and live performances by Adam Beyer and Ben Klock, and Space Motion and Ece Ekren, who had our Milica Majstorović as a guest in one song.

The finale was in safe hands – virtually by adored Black Coffee, and Satori live, DJ Tennis, Marko Nastić, Kristijan Molnar in a back2back set with After Affair and Coeus, with the definitive highlight of the evening being a masterful set by Hot Since 82, which perfectly rounded the fourth day at the Fortress.

There were only 250 tickets available for the audience per day, for the mts Dance Arena, which normally accommodates 25,000 people. Health measures were even stricter than those prescribed by the Government, the audience was divided by fences into zones that were at a safe distance from each other and in which a maximum of 5 people from the same group of friends could be at one time. On such a demanding task, incomparable to anything so far, EXIT showed how a completely safe event can be organized even during a pandemic.

With this event, Life Stream entered its new phase in partnership with the United Nations World Food Programme. The project, launched last year and, together with Green R:Evolution, represents EXIT’s largest environmental endeavor to date working with the world’s largest humanitarian organization to expand its reach and in addition to environmental protection, highlights the problem of ending extreme hunger for millions around the world. 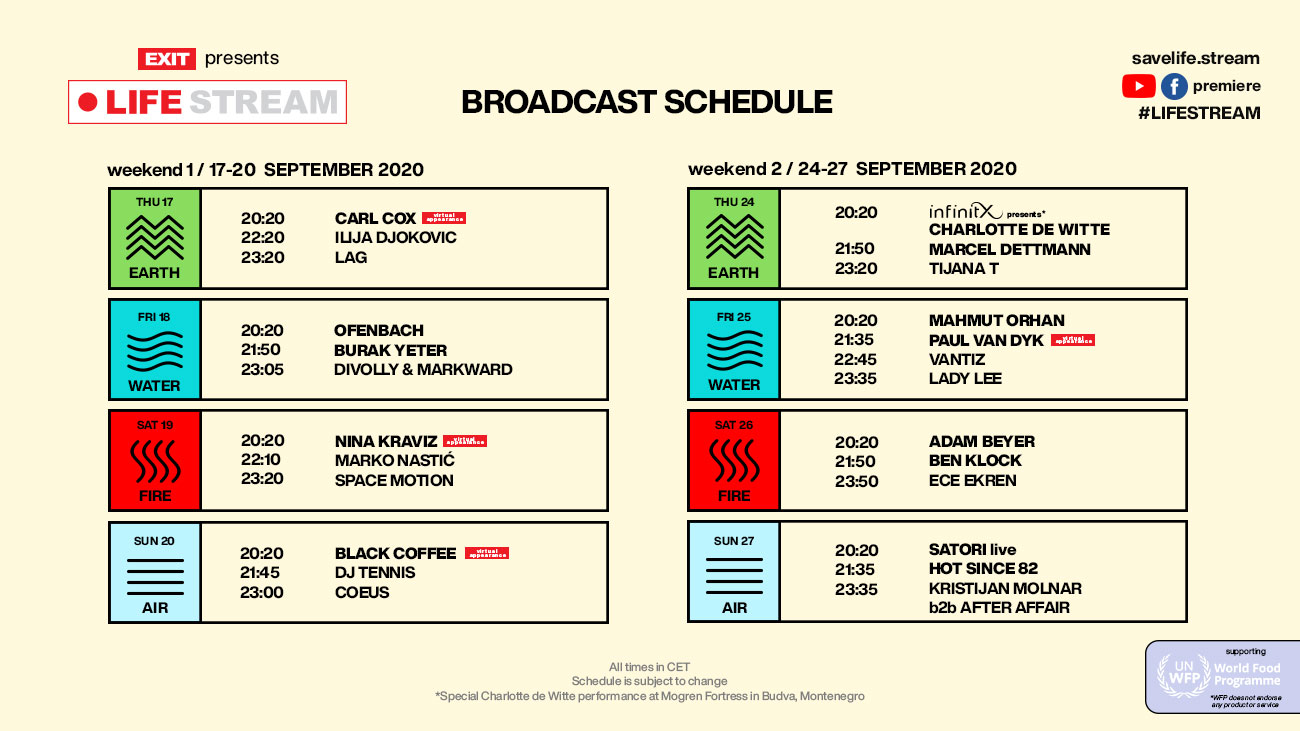 Life Stream - live at the Fortress this weekend, and on a global online stream from mid-September!