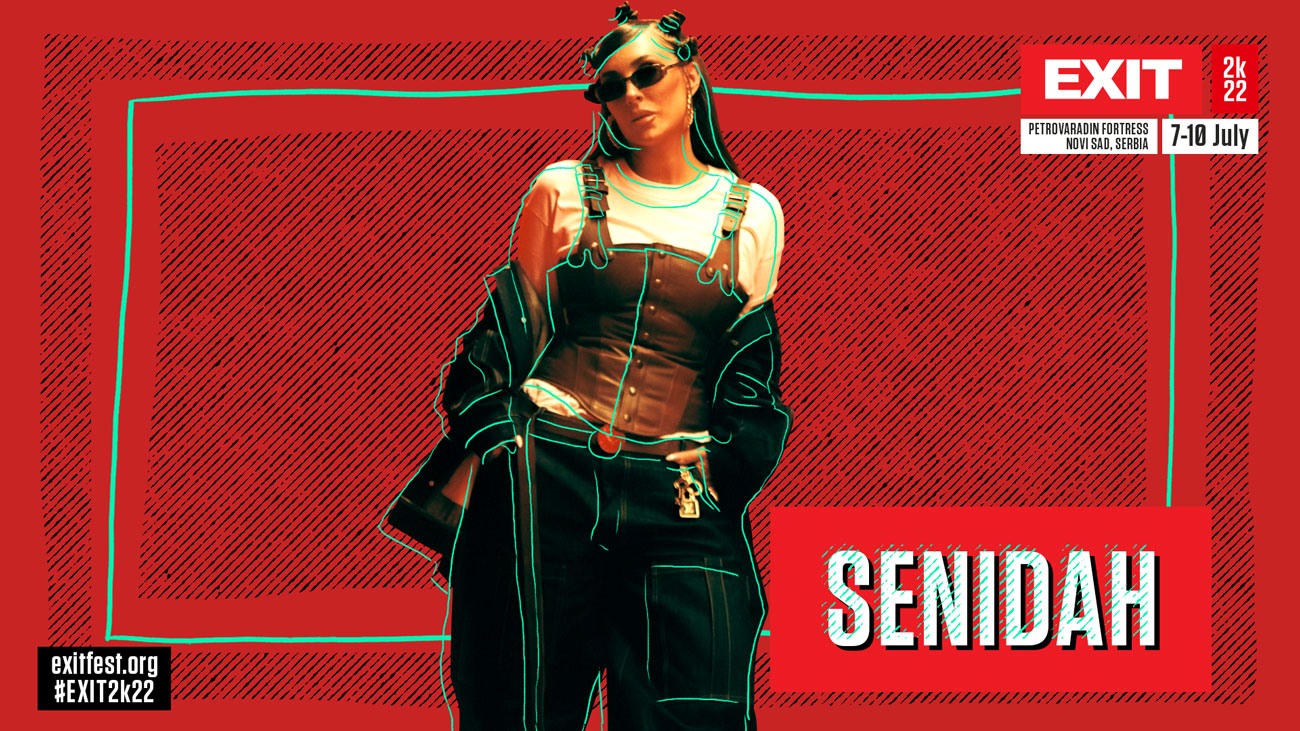 EXIT’s hip hop and trap side will present over 60 global and regional MCs on three festival stages: Main Stage, Visa Fusion, and Gang Beats! EXIT’s Main Stage will be dominated by superstar Iggy Azalea, world-famous Masked Wolf, regional trap queen Senidah, and the exclusive “Back to the Future” showcase. In a world premiere of this concept, representatives of the old and new hip hop schools will cross microphones — Ajs Nigrutin & Timbe vs Crni Cerak & Lacku, Frenkie, Kontra, Indigo vs Muha, and Stole vs 30zona!

Visa Fusion and Gang Beats, in addition to bringing solo performances by acts from the showcase, add the hottest cross-section of regional stars to their line-ups, led by Prti Bee Gee, Mimi Mercedez, Fox & Surreal, Smoke Mardeljano, Bore Balboa, Klinac, Grše, Sajsi MC, and Ognjen. Along with festival headliners including Calvin Harris, Nick Cave & The Bad Seeds, James Arthur, Afrojack, Boris Brejcha, ARTBAT, ZHU, Sepultura, Alok and many others, this loud Gang line-up will leave its mark on one of the strongest programmes in the history of EXIT Festival!

“Back to the Future“ is a new and exclusive EXIT Festival showcase concept in which one concert pits performers against one another, ranging from old-school to most recent. For the first time ever, legendary and unique rappers from different neighbouring countries will demonstrate their impressive lyrical skills in 120 minutes. The following people will battle it out on the mic: from Serbia, Ajs Nigrutin & Timbe vs Crni Cerak & Lacku, from Bosnia and Herzegovina Frenkie, Kontra, Indigo vs Muha, and from Croatia Stole vs 30zona!

Iggy Azalea will conquer the festival’s Main Stage just as she conquered the hip-hop world — as a complete winner. During her career, the Australian rapper was a lonely 16-year-old in the middle of Miami, as much as she was fancy. She made an indelible mark in pop culture in both of those roles, despite the lynching she received by the media and industry colleagues. On her latest album, “End of an Era”, she rapped about her twenties over electronic beats that she listened to from her first nights out to the zenith of her career. Her performance will resonate with the spirit of music legends with whom she has collaborated, such as Britney Spears, Ariana Grande, Rita Ora, Charli XCX and Jennifer Lopez, but also with the incredible defiance of a woman in hip hop who achieved a platinum career with over 70 million units sold.

Ocean astronaut Masked Wolf will set fire to the EXIT’s Main Stage just as he set fire to the charts in Australia and worldwide. The single “Astronaut in the Ocean“ has transformed Harry Michael into a world-famous rapper whose songs we recognise upon hearing the first bar. The song lived two lives, one on the charts and the other on TikTok, where it went viral. With its re-release, it made for a great overture for the album “Astronomical“, which came out at the end of last year.

The fantastic Senidah has been marching and dominating the regional trap scene for the last five years. Her voice is specific and raw, and her music is equal parts powerful and gentle, while on the stage, she radiates incredible energy and revels in the contrasting roles of both the strongest woman in the Balkans and the vulnerable Sladjana. Collabs with the likes of Coby, RAF Camora and Atlas Erotika have set her apart as a chameleon prepared to give the audience everything it could hope for every single time. Her latest single, “Behute“, is another proof of her diversity, and the 25 million views it has received on YouTube are a one-of-a-kind love letter from her audience.