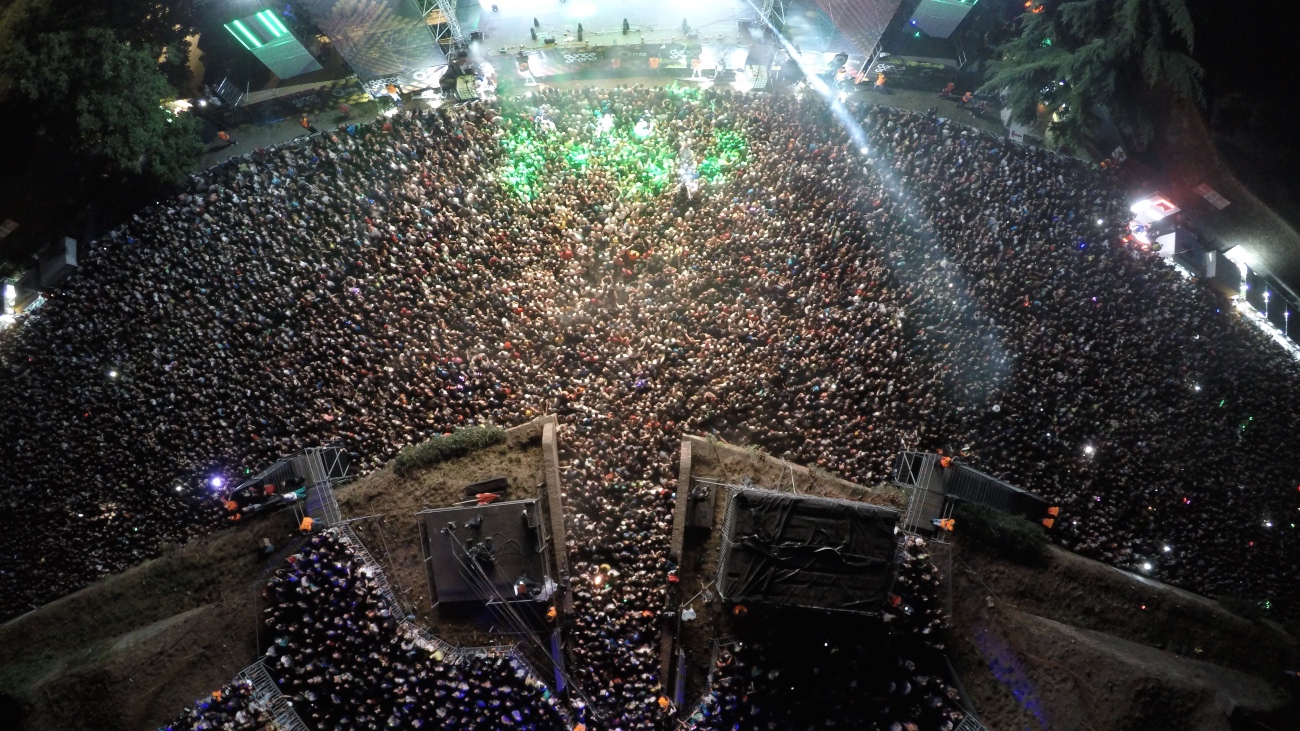 In previous editions, we recalled the early 2000s, and the moments that were key to shaping the identity of the EXIT festival, its social impact and musical evolution. The years to come will bring R:EVOLUTION and the already renowned multi-award-winning festival will become a place where music history is made.

The Loud & Queer Annual Awards, held in January 2011, brought EXIT an award for institutional support to the LGBT population in Serbia. In the same year, the “Loud & Queer Cruising Point“ was created — the first LGBT stage at a music festival in the region. EXIT continued the tradition of social projects — the EXIT Foundation’s second open call for student travel scholarships was held, as well as the second EMC music conference.

Artists whose music echoed the fortress walls at the eleventh edition of the EXIT festival included Arcade Fire, M. I. A, Jamiroquai, Portishead, and many others.

In 2012 Youth Fair was held, the first Regional Youth Tourism Fair and a step towards the European Youth Capital (OPENS) title, which the city of Novi Sad earned in 2019. The main festival stage became a place where history is made — the band New Order brought “Blue Monday“, the best-selling 12-inch vinyl single of all time, and the legendary rock and roll band Guns N’ Roses conveyed its original hedonistic rebellion to the audience and held a three hour-spectacle on the last night of the festival.

EXIT 12 was also marked by the performances of the bands Duran Duran, Wolfmother, Gossip, but also DJ sets brought by Sub Focus, Knife Party and the famous dubstep producer Skream.

EXIT R:evolution, the thirteenth edition of the festival, lasted five instead of the usual four days, bringing the RE:BRAND SERBIA project. Like few other Serbian brands, the festival contributed to changing the country’s bad reputation and sending a positive image to the world, which was made official by the RE:BRAND SERBIA platform, which was founded in 2013 by the EXIT foundation. In January 2014, EXIT won the title of “Best European Festival in 2013” at the 5th “European Festival Awards,” with more than 620,000 votes from audiences worldwide.

Headliners in 2013 included Atoms for Peace, Fatboy Slim, Chase & Status and Nick Cave and the Bad Seeds, who return to the Main Stage in 2022.

EXIT 14 – EXIT Adventure and BE HUMAN

EXIT Adventure in 2014 began with the slogan “One adventure, two countries, eight days and countless memories.” The festival summer was marked by EXIT, from [email protected] festival, which featured Queens of the Stone Age, Partibrejkers, Eyesburn, Ritam Nereda and Repetitor, to the debut edition of the Sea Dance festival on Budva’s Jaz beach, overlooking the endless Adriatic Sea. The flood relief program marked the social activities of the EXIT Foundation in 2014, and the most significant project of the EXIT AID programme was the BE HUMAN event, which, during the Sea Dance Festival, managed to collect over 140,000 euros of aid for the underprivileged.

The festival celebrated its 15th birthday with the slogan “15 years of sharing love“. That year, the first Youth Heroes Awards were given, national recognition to successful young people in the fields of education and science, entrepreneurship and creative industries, social activism, culture and the arts. In this way, the festival continued to nurture the tradition of the social movement of young people, using its influence to create new generations that would make the world a better place.

The EXIT Adventure continued from Petrovaradin to Jaz, and EXIT 2015 featured leading artists on the global music scene, including Capital Cities, Faithless, Manu Chao, but also the band Motörhead for whom this was one of the last performances.

“EXIT Through the Years: 2011 – 2015” is the third in a series of weekly articles through which we get acquainted with the history and evolution of the festival from its inception until the present day.

You can read the part about the festival’s beginning and the 2000-2005 time period here.

You can read about the continuing of EXIT journey and the 2006-2010 time period here.