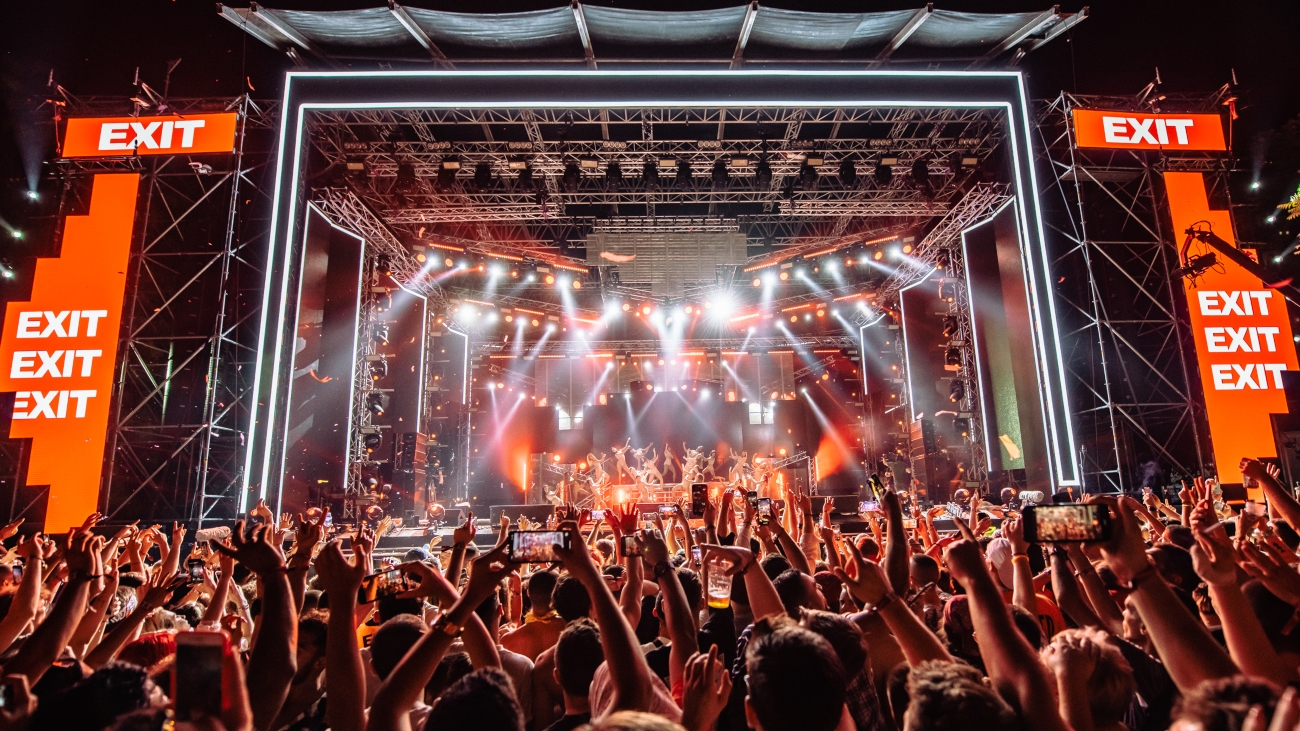 As the music event that revived the global festival and music industries last summer, attracting more than 180,000 visitors over four days and, as always, drawing the attention of the most prestigious international media, such as Billboard and Variety, which declared it a historical event, EXIT returns this year with the strongest line-up so far, bringing us a most-exciting festival summer.

If you’re still on the fence despite all this, here are ten reasons why you should not miss this year’s edition of the EXIT Festival.

Calvin Harris, the most successful DJ and producer of all time will perform in Serbia for the first time this summer at EXIT. The multi-award-winning music superstar and absolute headliner of the Main Stage is one of the biggest acts in EXIT’s history. He has been at the top of the Forbes list of the highest-paid DJs in the world for the last six years, earning more than $300 million. Aside from 118 nominations, the mega-successful producer, singer and songwriter has won as many as 32 prestigious music awards, including a Grammy, Billboard, MTV, and Brit.

Calvin Harris is known for breaking records and setting standards – his songs have an impressive 35 billion streams. This summer, he is bringing some of the world’s biggest hits to the Petrovaradin Fortress, including “Summer”, “This Is What You Came For” (ft. Rihanna), “One Kiss” (ft. Dua Lipa), “How Deep Is Your Love” (ft. Disciples), “Giant” (ft. Rag’n’Bone Man) and many others.

The king of alternative rock Nick Cave and his band The Bad Seeds are another strong reason to come. Their intense and loud performances, carrying a lot of emotion and charisma, are always more than just concerts and often more than just music. Nick Cave is considered the embodiment of rock’n’roll, a person who has profoundly influenced pop-culture history and its most significant achievements, with a career spanning almost 50 years, nearly 40 of which he has spent with The Bad Seeds. 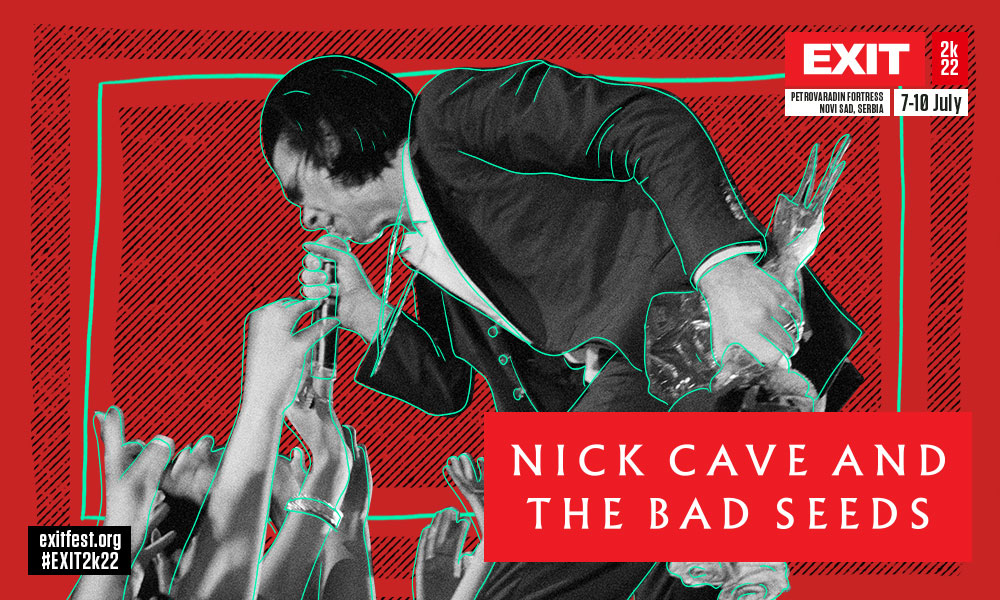 One of the most original and influential bands in the world, led by versatile artist and rock preacher Nick Cave, will thunder from the Festival’s Main Stage on Friday, July 8th.

Third reason, and the third side of the diverse music spectrum of this year’s EXIT Festival, Iggy Azalea, the Australian hip hop diva who has conquered the world, will perform on the Main Stage. The multi-talented musician has won many music awards, including the American, Billboard, MTV, People’s Choice, and Teen Choice Award, along with four Grammy nominations.

Her famous hit singles “Fancy“ and “Problems“ mesmerised the planet in 2014 and took the two top spots on the Billboard Hot 100 list, equalling a record held by the Beatles. The Australian rapper responded by saying: “I’d rather be the Rolling Stones“, and launched an avalanche after which, with the mega-hit “Fancy“, she became the female hip-hop artist with the longest-standing #1 single in history, breaking all prejudices and becoming a role model and an inspiration to all girls and women who want to play this type of music, wherever they may come from.

James Arthur, a pop, R&B, and soul singer, conquered the world when he won the British X-Factor in 2012, while his songs currently have over five billion views and streams! The great songwriter and singer of the best ballads reached the top of the British charts with his emotional interpretation of the song “Impossible“, followed by massive hits such as “Say You Won’t Let Go“, “Train Wreck“, and “Naked“, and LPs “James Arthur“, “Back from the Edge“ and “You.“ 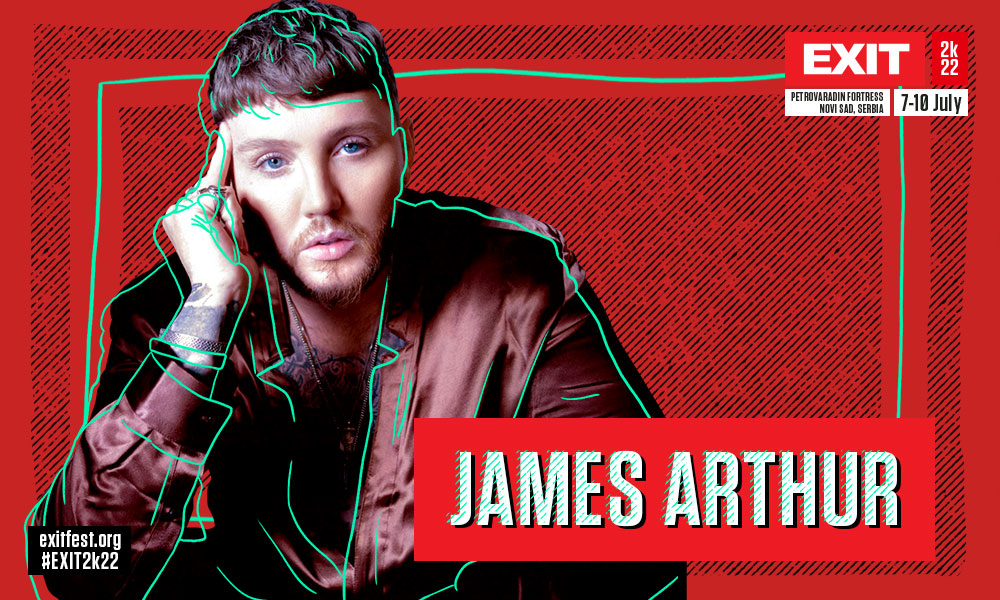 This year, James is coming to EXIT with four albums under his belt, including last year’s “It’ll All Make Sense in the End“ – which, like all his previous albums, reached the top three on the album charts – and bringing the most emotional sound.

This year, as is tradition, the mts Dance Arena becomes the epicentre of the electronic music scene during the four nights of the EXIT. This summer, the colossal dance floor will be rocked by house DJ, fashion icon, and activist Honey Dijon, leader of the global scene and production genius Maceo Plex, one of the most sought-after techno producers Reinier Zonneveld, a young Briton with an enviable career, deep musical knowledge, and versatile approach to dance music Denis Sulta, a representative of the new generation of the Italian techno scene Anfisa Letyago, members of the renowned Afterlife label – the duo Mathame, as well as the house rising star from Slovenia DJ Brina Knauss. 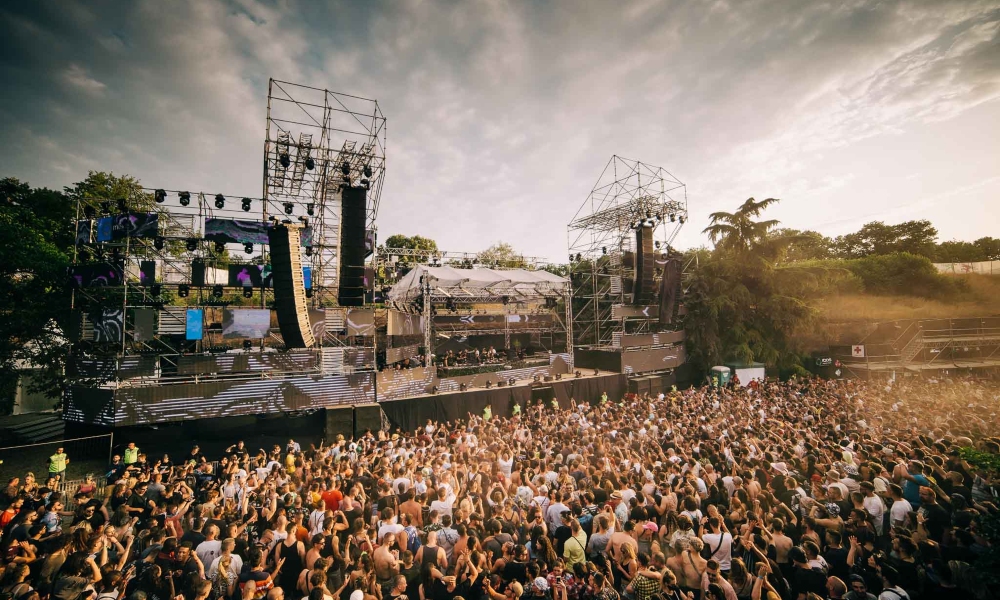 The unique Satori and versatile multi-instrumentalist and live performer Monolink will add the artistic note to this year’s Dance Arena programme, while we’ll also see a brilliant b2b techno set by the queen of the Palestinian scene, the unique Sama’ Abdulhadi and ANNA, who has come from Brazil to conquer the global scene.

Several global hitmakers will present their work on the festival’s main stage, including two artists who found themselves on the famous DJ Mag annual Top 10 list – esteemed DJ and producer Afrojack and the greatest Brazilian superstar Alok, as well as German hitmaker ATB. The mysterious American DJ and producer ZHU will bring a magical rhythm and his greatest hits “Faded“, “In the Morning“, and “Working For It“ to the Petrovaradin Fortress this July and show why he is considered by many to be the successor of the duo Daft Punk. The song “Do It To It“, which topped all the charts in the world, will be presented by Acraze, whose energetic sound, colourful style, and universal ability to blur genre boundaries have seen him rapidly rise through the ranks of the global electronic music scene in recent years.

Also coming to the Main Stage are British DJ and hitmaker Jax Jones, whose song “You Don’t Know Me“ has over 270 million views on YouTube alone, as well as Joel Corry, who has conquered radio stations and the hearts of fans around the world with singles “Sorry“, “Lonely“ and “Head & Heart“. The acid-house duo Shouse, creators of the club anthem “Love Tonight“, and rapper Masked Wolf, whose viral single “Astronaut In The Ocean“ was declared the biggest hit of 2021 on TikTok, are both coming from Australia.

The EXIT Festival has been attracting hard rock, metal, and punk fans for the past two decades, and things are no different this year. Another reason to visit this year’s edition of the festival is the excellent guitar line-up consisting of acts that wrote the history of metal and continue to write the narratives of hardcore, new wave and post-punk. The iconic Brazilian Sepultura, the legendary Birmingham quartet Napalm Death, the band Blind Channel, whose performance at last year’s Eurovision was seen the world over, as well as the Belarusian post-punk phenomenon Molchat Doma which gained global fame with the help of TikTok and viral songs “Sudno“ and “Kletka“, are coming to the Main Stage. 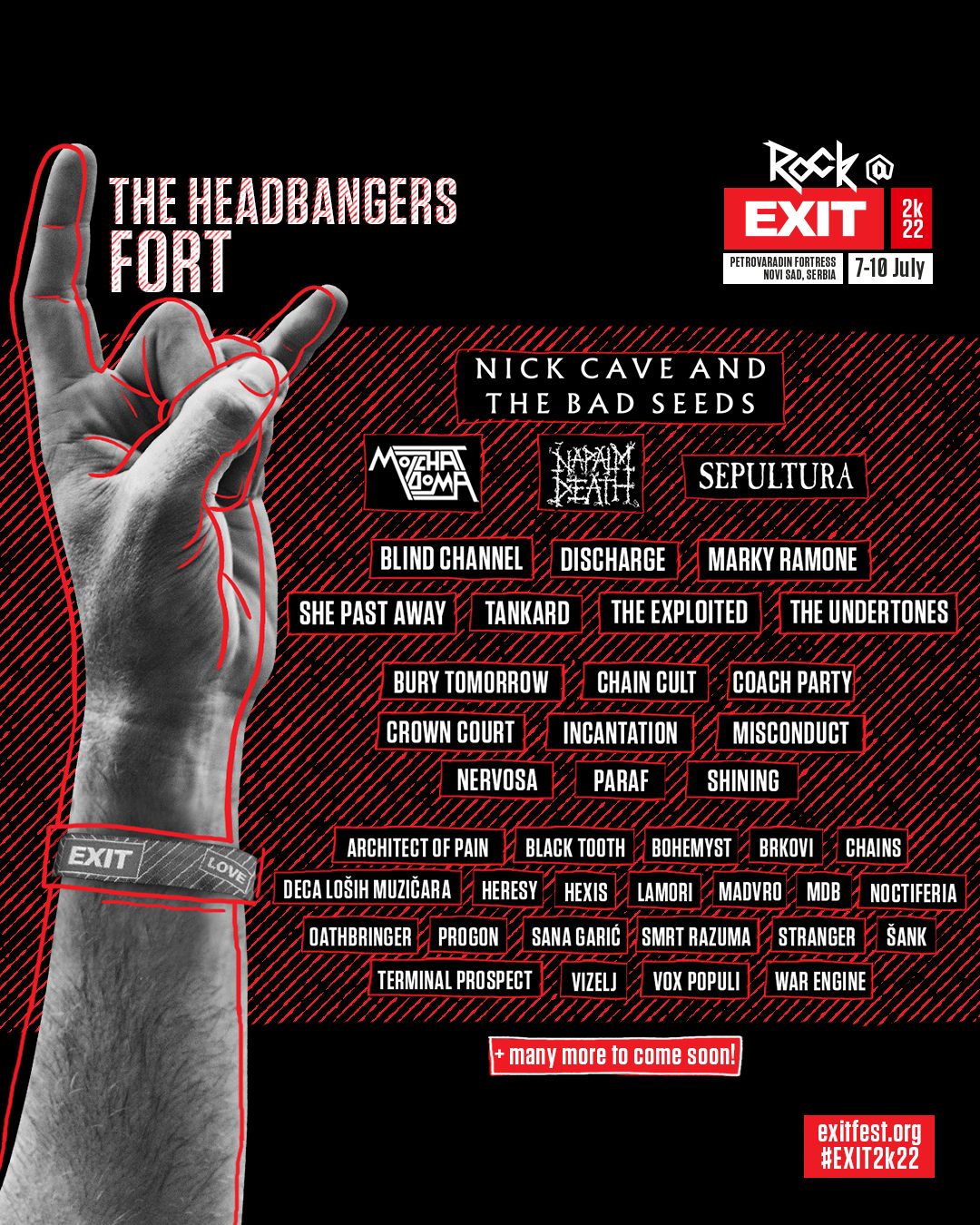 Located on the banks of the Danube, across from Novi Sad, the Petrovaradin Fortress, which dates back to the Roman Empire, carries the energy of the development of our civilisation, religion and myths, while during the EXIT Festival, it becomes a universe unto itself. For 20 years, during the four days of the festival, the fortress has turned Novi Sad and Serbia into the centre of the world, where people from all over the globe meet to celebrate diversity, spread positive energy and love, enjoy great music, and create memories for life.

Four years ago, the EXIT Festival also won the famous Dutch Festileaks Best Location & Looks Award, officially putting the Petrovaradin Fortress on the map of the most attractive festival locations.

Set on the most beautiful sandy beach on the Danube, the famous Novi Sad beach Štrand, halfway between the city centre and the festival, the EXIT Camp is a unique experience that thousands of young people from all over the world talk about every year. Socialising with people from all over the planet, sleeping under the open sky, swimming and listening to music all day are just some things that make camping a unique festival experience.

Last year, EXIT showed that the desire to gather, socialise, and dance would overcome all obstacles, entering music history books as the first major festival in the world since the beginning of the pandemic. When it seemed like there was no way out, we found an EXIT—the motto of this year’s festival – “Together. Always!” – is heavily inspired by last year’s edition and a conviction that in 2022, togetherness, freedom, music, friendship, and love will conquer all. These are values on which the EXIT Festival has been based for more than two decades, and they are more critical today than ever before.

EXIT Festival is the basis and oldest member of a large festival family, which will comprise at least eight events this year. With more than 15,000 visitors in clubs across Belgrade, a special spring edition of the No Sleep Festival opened the festival season and a new EXIT chapter. This year, members of EXIT’s festival family – EXIT, Sea Star, Sea Dance, Ada Divine Awakening, No Sleep and crucially – the audience will be together, free and without borders, as they always should be. Two more events in two new countries are on the horizon– more information on that soon!